No ads found for this position
Climate Adaption

Time is running out for climate adaptation in the Himalayas 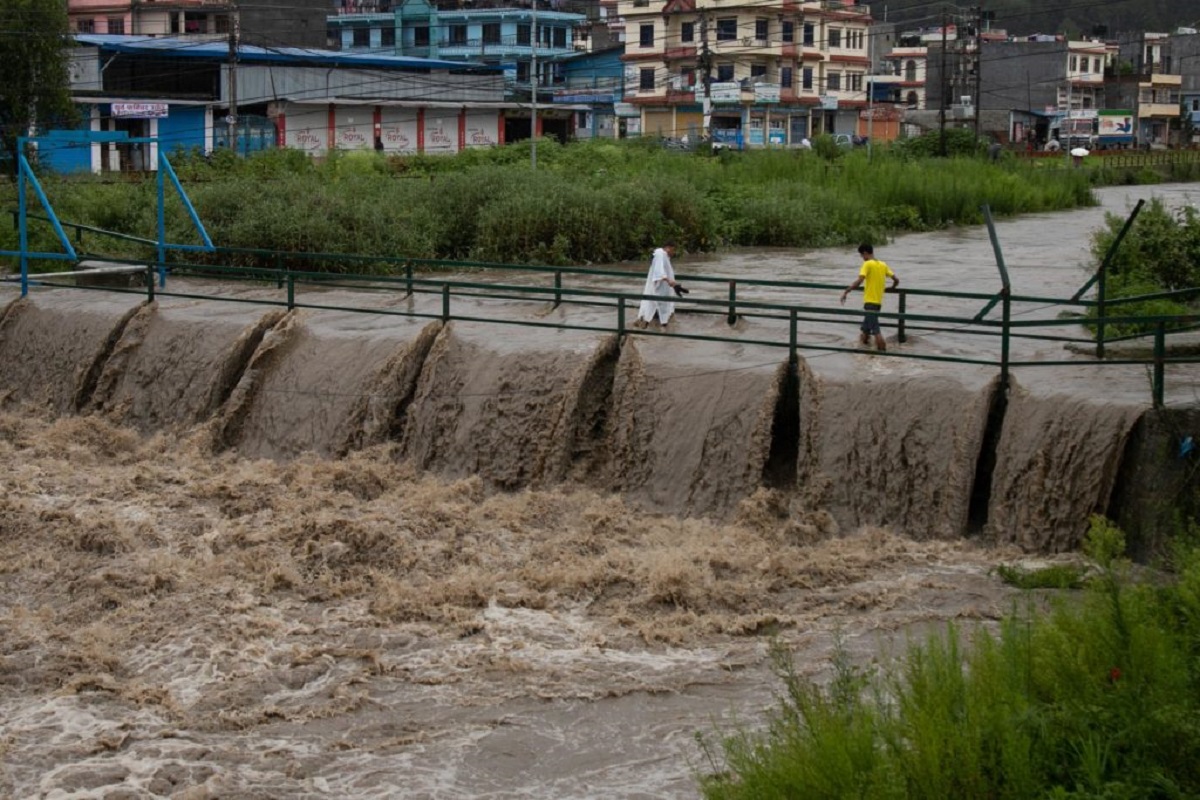 The Intergovernmental Panel on Climate Change (IPCC) has released the second of its three-part report in the 6th assessment cycle. The first report centred on the science of climate change, while the second, which was released on 28 February, focuses on the impacts of a changing climate on vulnerability. It informs us on ways to adapt and looks at the limits to adaptation. This is particularly important for the Himalayas.

The Hindu Kush Himalayan (HKH) region covers eight countries in Asia. It is a source of 10 major river systems that support livelihoods, energy, agriculture, and ecosystems for 240 million in the mountains and hills and 1.65 billion in the plains. The HKH region stores the largest ice mass outside the polar systems, providing freshwater to almost 869 million people in the Indus, Tarim, Ganga, and Brahmaputra river basins.

The warming of the climate increases the meltwater runoff but it is at the cost of glacier mass. This will eventually reduce meltwater and impact peoples’ livelihoods downstream. The melt runoff from the Himalayas plays a vital role in downstream agriculture, and there are few adaptation solutions when there is less water. In the Indus basin, two-thirds of total irrigation withdrawal is from melt runoff in the pre-monsoon season. Changes in the cryosphere and other environmental shifts have already impacted people living in high mountain areas. These changes are likely to introduce new challenges for water, energy, and food security.

The IPCC report has concluded with very high confidence that global warming will continue to induce changes in mountain regions throughout the 21st century. It will have negative consequences for the mountain cryosphere, biodiversity, ecosystem services and human well-being. For the Himalayas, it means that the glaciers will continue to retreat at a 1.5°C global warming level. This will result in some glaciers being at the risk of extinction. Some regions that rely heavily on glacier melt and snowmelt irrigation will face erratic water supply and increased food insecurity.

Damages and losses from water-related hazards such as floods and landslides are projected to increase considerably between a 1.5°C and 2°C Global Warming Level (GWL). The projected changes in threats, such as floods, landslides and changes in the water cycle, will lead to severe risks for people, infrastructure, and the economy in the mountain regions. These risks will be more pervasive and increase more rapidly in the Himalayas, limiting adaptation.

Current and future limits to adaptation in Himalayas

The HKH glaciers are shrinking and slowly losing their mass, resulting in instability of the water resource supply. This assessment agrees with the earlier conclusion of the IPCC’s Special Report on the Ocean and Cryosphere in a Changing Climate, which found, with high confidence, that glacier shrinkage and snow cover changes over the past two decades have led to changes in the amount and timing of runoff in many mountain regions, including the HKH.

The assessment shows that the glacier meltwater in the southern Tibetan Plateau has increased during 1998-2007 and will further increase to 2050. The total amount and area of glacier lakes increased during the last decade. More glacier collapses and surges were found in western Tibet. Glacier lake outburst floods (GLOFs) will threaten the security of the local and downstream communities. Snowmelt water contributed 19% of the increased change in the runoff of arid region’s rivers in Xinjiang, China and 10.6% of the upper Brahmaputra River during 2003-2014.

Urbanisation in the Himalayan region is a slow process for many reasons, including a lack of land for expansion. One of the significant challenges of urbanisation in the HKH region is sprawling small towns with populations under 100,000. Due to high growth rate, these towns will become major urban centres in the next 10-20 years. People from rural areas flock to the nearest urban centres searching for employment and other livelihood options. As a result, the share of the urban population is increasing in the region, while that of the rural population is declining.

The ever-expanding urban population in the Himalayas generates many challenges, especially in adaptation to climate change. Some of the towns are major tourist attractions that create a floating population in peak tourist seasons, challenging the carrying capacities of the cities. The residents must cope with water scarcity as the demand for water increases in peak seasons and water distribution through the public water supply systems becomes highly inequitable. The usual challenges of inefficient utilities in these areas become much more critical as the water sources are limited, and the local geology limits the ability to access groundwater.

All these processes result in increased water insecurity for the poor and marginalised in the urban areas of HKH. Climate change is a stress multiplier. To cope with the scarcity situation, people are adapting through various means such as rationing of intra-household water access and groundwater extraction.

The region is characterised by unique mountain topography, climate, hydrology, and hydrogeology. These factors play a vital role in determining water availability for people living in the region. Due to climate change and socioeconomic alterations, the Himalayas are heading towards increased water insecurity. The IPCC report mentions three significant reasons for this change.

Time is running out, and urgent and coordinated actions are required to save a shared resource such as the Himalayas

First, unplanned urbanisation is causing significant changes in land use and land cover, with reduced recharge areas of springs. Most HKH regions meet their water needs using springs, ponds and lakes that are essentially interlinked systems. These systems are being degraded, leading to water insecurity in rural areas and towns. Second, climate-induced changes in the physical environment include increased rainfall variability. Due to this, heavy rainfall is becoming frequent and is leading to more landslides. It also means less water recharge for numerous ponds and lakes, reducing water retention capacity in the region. Third, global warming has increased the average temperature in the Himalayas, which has caused glacier melt and subsequent change in hydrological regimes of the area. Flood and drought conditions that may exist simultaneously may alter the region’s water security.

Gender relations and adaptation in Himalayas

Of late, the Himalayan region has seen increased male out-migration for better opportunities and supporting livelihood. The IPCC’s assessment quotes studies that show that around 40% of rural communities have at least one migrant, of whom 80% are internal migrants within the countries. Around 10% of the migration is reported as environmental displacement. Most of the migration is of males, which forms an important aspect that leads to gendered vulnerability as women and older males are left behind.

Women have to do double shifts to cope with the increased climate variability and look after the household and agricultural operations. The assessment on adaptation options showed more negative links to gender for mountain ecosystems, indicating that adaptation has not been gender-sensitive. The assessment points towards the incorporation of local knowledge into agricultural practices. It shows that weather warning systems work best when coupled with multiple sources of information. Women frequently receive information from the men of their households rather than directly from state institutional sources, and have limited means to access other information.

In sum, the IPCC assessment shows that both climatic and non-climatic stressors in the Himalayas are adversely affecting the socio-ecology of the region. Glacial decline, encroachment, and degradation of natural water bodies and the disappearance of traditional water systems such as springs are evident. Water insecurity is going up, and adaptation options are largely gendered insensitive. Time is running out, and urgent and coordinated actions are required to save a shared resource such as the Himalayas.