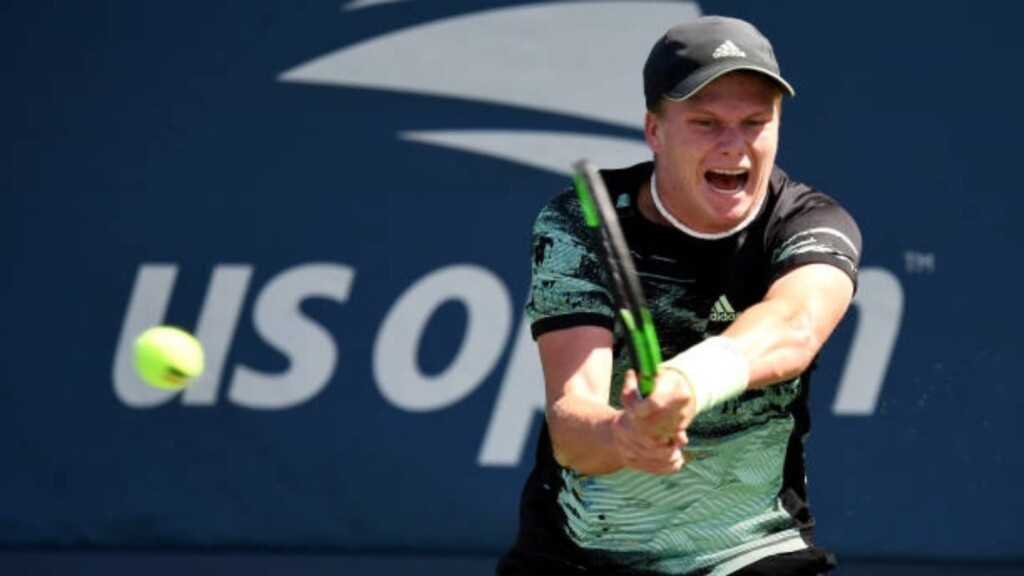 KATHMANDU: JULY 17 – American Jenson Brooksby, who is seeking his first ATP title, defeated Peter Gojowczyk 6-0, 6-3 to reach the semi-final at the Hall of Fame Open in Newport, Rhode Island.

The 20-year-old stormed through the opening set and bounced back from an early break in the second to win on the grass court in just 62 minutes.

He will next face seventh seed Jordan Thompson, who ousted American Maxime Cressy in two sets, 6-3, 7-6 (7/6).

Brooksby was competing in just his fourth Tour-level event but came in with impressive stats after compiling a 21-2 record at the ATP Challenger Tour level this year. He has won three trophies — at Potchefstroom, Orlando, and Tallahassee — in 2021.

Brooksby shook off two break points against Gojowczyk in the first set, winning it in 23 minutes. After falling behind 2-0 in the second, he won six of seven games and claimed the win with an ace to move into the semis.

All three of Thompson’s semi-final appearances have come on grass, including a runner-up finish in ‘s-Hertogenbosch and a final-four appearance in 2019 in Antalya.