No ads found for this position
Citizenship Act

Amendment opens the door for thousands of children of parents who got citizenship by birth to acquire citizenship by descent; non-resident Nepalis are also eligible for citizenship. 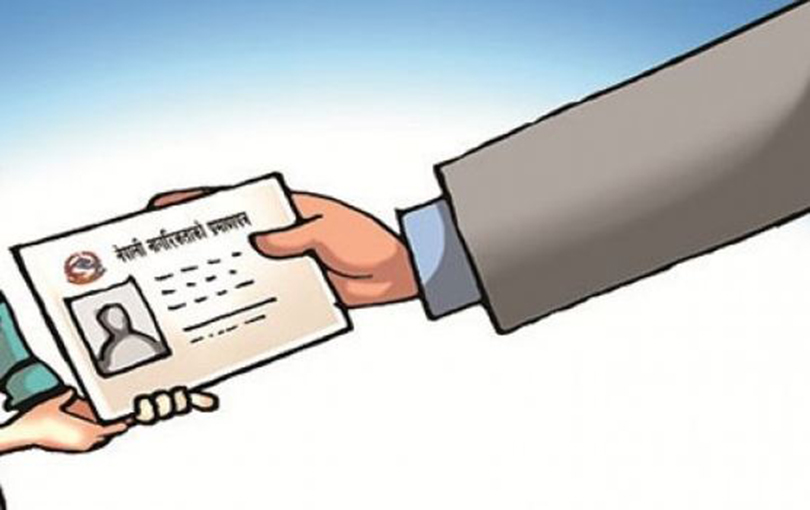 The amendment to the Citizenship Act, 2006 was endorsed by the House of Representatives on Friday through a majority vote. The amendment to citizenship was necessary to make it compatible with the Constitution of Nepal. Because of differences among the parties, the amendment was not possible though it was registered in Parliament back in August 2018. As the State Affairs Committee of the House of Representatives couldn’t find a consensus among the parties despite discussing for more than two years, the government on July 9 withdrew the amendment bill and registered a new one which was endorsed by the lower house on Friday.

Why was amendment necessary in the Citizenship Act?

The Citizenship Act came into effect before the promulgation of the Constitution of Nepal. It was necessary to amend the Act for the implementation of the constitutional provisions regarding citizenship. Although a bill to amend the Act was registered in the House of Representatives in the first session of the federal parliament in 2018, it was never presented for endorsement owing to differences among the parties.

What are the major revisions in the amendment bills?

For the first time, the bill also paves the way for Non-Resident Nepalis to acquire citizenship. However, they will not be eligible to enjoy political and administrative rights. The provision will be applicable only to those who reside outside the South Asian region.

Are there other revisions as well?

In addition, the children of a Nepali mother born to a foreign father too can obtain naturalized citizenship.

Have the new provisions come into implementation?

No. The bill endorsed by the House of Representatives needs approval from the National Assembly. It then needs the President’s seal to come into implementation. The government is preparing to table it in the upper house on Monday.

Has the amendment bill addressed all the issues related to citizenship?

Foreign men married to Nepali women have to abide by provisions applied to any other foreigners for naturalization. They can apply for naturalized citizenship if they have any contribution in science, philosophy, arts, literature, world peace, human welfare, industrialization, economic or social sectors and have lived for 15 years continuously in Nepal, renounced the citizenship of their country of origin, and be able to speak Nepali or other languages spoken in Nepal to qualify for naturalization.

Similarly, Article 11 (5) of the constitution says a person who is born in Nepal to a woman who is a citizen of Nepal and has resided in Nepal and whose father is unidentified shall be provided the citizenship of Nepal by descent. It further says citizenship by descent will be converted into naturalized citizenship if his/her father is found to be a foreign citizen. However, against the constitutional provision, the bill has a provision of taking punitive action against the mother if the father is found.

What are the differences among the parties in the amendment?

Whether to grant naturalized citizenship to foreign women married to Nepali men once they start the process to renounce citizenship of the country of their origin has been the most contentious issue among the parties. The CPN-UML, the CPN (Maoist Centre) and other fringe parties had long been demanding certain years of the cooling-off period for foreign women married to Nepali men to acquire naturalized citizenship. However, the Maoist Centre backtracked on its stance and agreed with the Nepali Congress and Madhesh-based parties not to keep the cooling-off period.

While the UML agreed to other provisions in the bill, it had strong reservations about not having the cooling-off period. It said that women married to Nepali men must wait at least for seven years, as in India, before they are eligible to acquire naturalized citizenship.

Does the bill end discrimination against women?

Similarly, Article 11 (7) which says in the case of a person born to a woman who is a citizen of Nepal and married to a foreign citizen, the person may acquire the naturalized citizenship of Nepal in accordance with the federal law if he or she has permanently resided in Nepal and has not acquired the citizenship of a foreign country also contradicts Article 11 (2b).

What the Madhesh-based parties have to say on the endorsement?

The Madhesh-based parties had been demanding the government for the amendment for a long. Allowing citizenship by descent to the children of those who acquired citizenship by birth and naturalized citizenship to the foreign women married to Nepali men were their major demands which have been addressed through the amendment bill. The Loktantrik Samajbadi Party had last month submitted a memorandum to Prime Minister Sher Bahadur Deuba demanding the revision. Laxman Lal Karna, addressing the House of Representatives on Friday, thanked the government for the bill. So did other lawmakers from the party and the Janata Samajbadi Party.