No ads found for this position
Arrival of Tourists

During the reporting period, 1,330 men and 614 women from the SAARC countries visited Manang, it is informed. 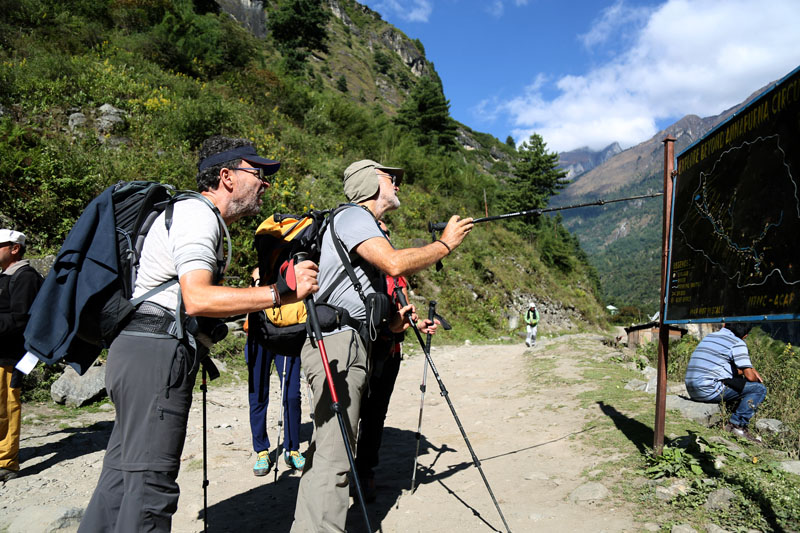 MANANG: The tourism sector which was badly battered for nearly two years due to COVID-19 has gradually gained momentum.

It may be noted that there was almost zero mobility of domestic and foreign tourists in most of the geographic areas of Nepal since March 2020. But lately, the tourism sector has witnessed a different trend with a gradual rise in the inflow of tourists.

This is a convenient time for tourists to plan for a Manang visit. Chief of Annapurna Conservation Area Project’s Area Conservation Office, Lekhnath Gautam shared that a total of 3,818 tourists had entered Manang during the period from mid-July through the third week of September 2022.