Trekking in Shey Phoksundo to highlight impact of climate change

Following the trek, an interaction on Shey Phoksundo Lake conservation, nature-based tourism development and the impact of climate change on local people's lives will be held. 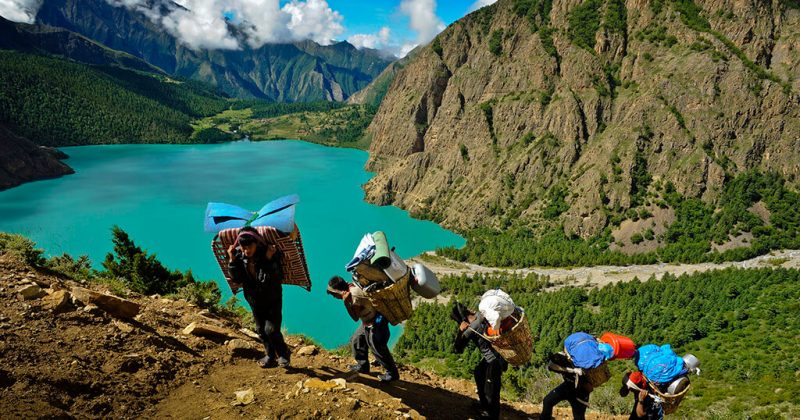 KATHMANDU: A trekking with the participation of leading women figures from different sectors of the country is being held in the Shey Phoksundo area of Dolpa.

Sath Sathai Foundation, an NGO active in the fields of climate change, social development and women’s empowerment, is organizing the trekking from coming October 8 to 14 in order to highlight the adverse impact of climate change.

Following the trek, an interaction on Shey Phoksundo Lake conservation, nature-based tourism development and the impact of climate change on local people’s lives will be held, said Prajita Karki, the chairperson of the Foundation.

A special interaction titled ‘Women’s voices from the mountains, women’s solidarity for climate justice and the development of nature-based tourism’ will be held in Shey Phoksundo. Around 60 participants including women experts from various fields are going to trek to draw attention to the impact of climate change on women’s lives and tourism in the high Himalayan region, according to a statement issued by the foundation.

Karki said the trek is a journey to understand, discuss and find solutions to the impact of climate change on nature, nature-based tourism and on the lives of local people. Leading women from various sectors of the society as well as officials from various levels of the federal, provincial and local governments, heads and representatives of diplomatic missions, and media persons will participate in the one-week trek.

A Shey Phoksundo manifesto shall also be issued with the presence and participation of representatives from various States, MPs, provincial assembly members and local people’s representatives. The event will held in collaboration with the Ministry of Forest and Environment, the Ministry of Culture, Tourism and Civil Aviation, the Government of Karnali State, Phoksundo Rural Municipality and various national and international organizations.

“Despite the insignificant contribution to carbon emissions, we want to tell the world about the problems seen in the nature and social life of Nepal due to climate change. We want to cooperate with the government of Nepal and related agencies”, said Chairperson Karki.

Earlier, the foundation had organized a 14-day trek on the occasion of International Women’s Day to Kalapathar at the base of Mount Everest, the highest peak in the world. Around 40 prominent women leaders from different sectors of the society trekked from Lukla to Kalapathar and issued a 10-point special manifesto on climate change.