No ads found for this position
Israel Strikes

They say another 55 people were injured. KATHMANDU: At least 10 people have been killed by Israeli air strikes in the Gaza Strip, including a top commander of a Palestinian militant group.

Local health officials said a young girl was among the dead with dozens of others wounded.

Israel’s PM said the operation followed “an immediate threat” by Palestinian Islamic Jihad (PIJ) after the arrest of one of its members early this week.

The PIJ fired more than 100 rockets into Israel “in an initial response”.

Most were intercepted by Israel’s Iron Dome missile defence shield. Sirens were heard in a number of Israeli cities.

In a televised address earlier in the day, Israeli Prime Minister Yair Lapid said “Israel carried out a precise counter-terror operation against an immediate threat”.

The IDF said it struck sites linked to the PIJ. They include the high-rise Palestine Tower in Gaza City, hit in a loud explosion which left smoke pouring from the building.

Four PIJ militants – including Tayseer Jabari – and a five-year-old girl were among those killed since the strikes started, local health officials say.

They say another 55 people were injured.

An Israeli military spokesman said the IDF was “assuming about 15” militants had been killed.

Israel’s Interior Minister Ayelet Shaked told Channel 12 News: “We don’t know how this will play out… but this could take time… This could be a lengthy round [of conflict] and a hard one.”

Speaking while on a visit to the Iranian capital, Tehran, PIJ secretary general Ziyad al-Nakhala said “we will respond forcefully to this aggression, and there will be a fight in which our people will win”.

“There are no red lines for this battle… and Tel Aviv will be under the rockets of the resistance.”

Meanwhile, Hamas, which governs the Gaza Strip, said that armed groups were “united” in battle and would not keep silent.

On Monday night, Israel arrested Bassem Saadi, reported to be the head of PIJ in the West Bank. He was held in the Jenin area as part of an ongoing series of arrest operations after a wave of attacks by Israeli Arabs and Palestinians that left 17 Israelis and two Ukrainians dead. Two of the attackers came from the Jenin district. 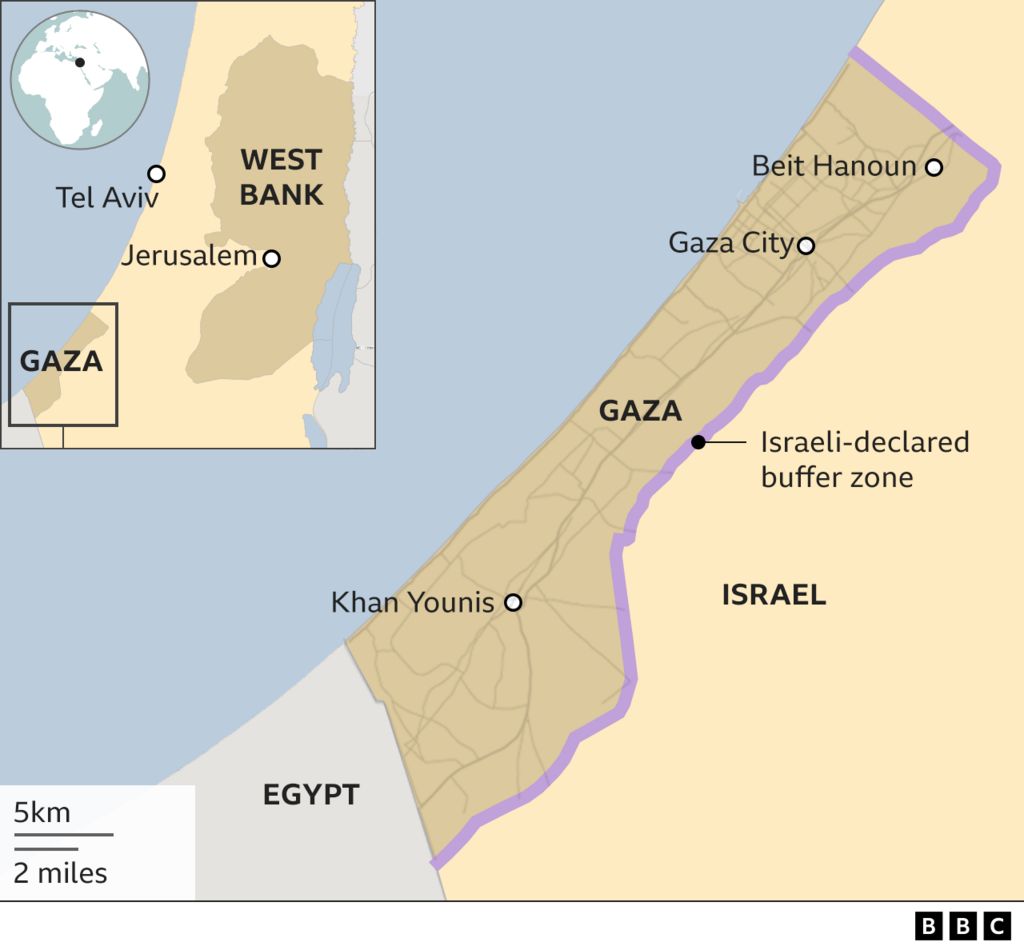 After Bassem Saadi’s arrest, Israel heightened security measures for communities near its border with Gaza, warning that PIJ intended to attack civilians and soldiers. Road closures brought towns and villages in southern Israel to a grinding halt.

PIJ, which is backed by Iran, has its headquarters in Damascus, Syria, and is one of the strongest militant groups in Gaza. It has been responsible for many attacks, including rocket-fire and shootings against Israel.

Israel and PIJ fought a five-day conflict in November 2019 after fighting erupted following the killing by Israel of a PIJ commander who Israel said was planning an imminent attack. The violence left 34 Palestinians dead and 111 injured, while 63 Israelis needed medical treatment.

Israel said 25 of the Palestinians killed were militants, including those hit preparing to launch rockets.