Rain continues in Kathmandu, it will rain throughout the country in afternoon

Department of Water and Meteorology has stated that the rain will stop for some time in the afternoon. 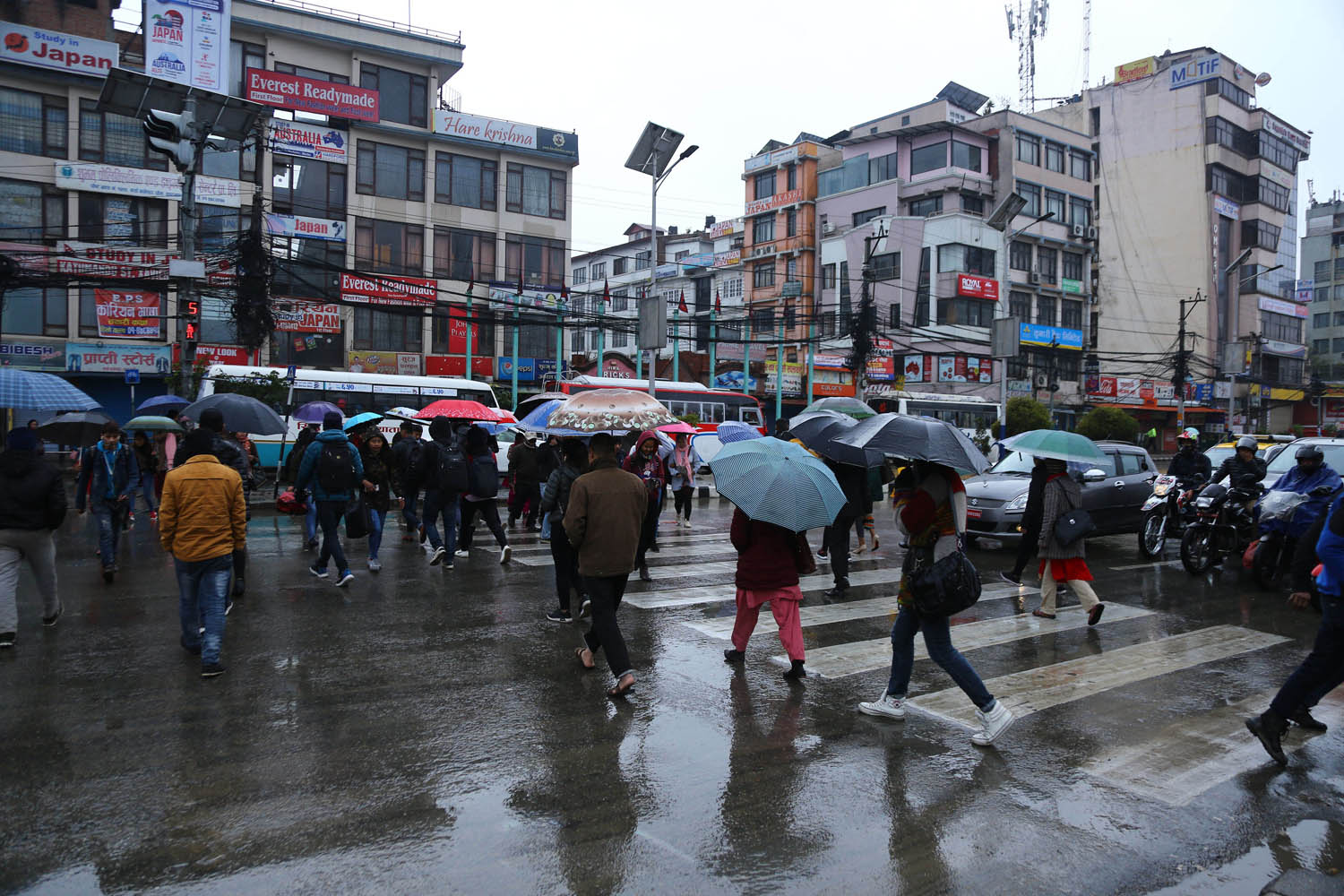 KATHMANDU: Monsoon activity is gradually increasing in Nepal as well. Since this morning, it has been raining in Kathmandu.

The Department of Water and Meteorology has stated that the rain will stop for some time in the afternoon but it will rain again in the afternoon. Meteorologist Hira Bhattarai has predicted light to moderate rain in Kathmandu. Even today, heavy rain is possible in some areas of State 1.

Local winds, westerly winds, and east-west low-pressure lines in Uttar Pradesh and Bihar, India, have impacted these two states. The monsoon has been affecting State 1, Madhesh, Bagmati, and Gandaki, according to the department.