No ads found for this position
Fuel

Fuel import from Birgunj transit up by 78 per cent

Two million 531 thousand 660 kilolitres of petroleum products worth Rs 153 billion 360 million 700 thousand has been imported using the Birgunj transit in the 11 months of the current fiscal year 2022/23. 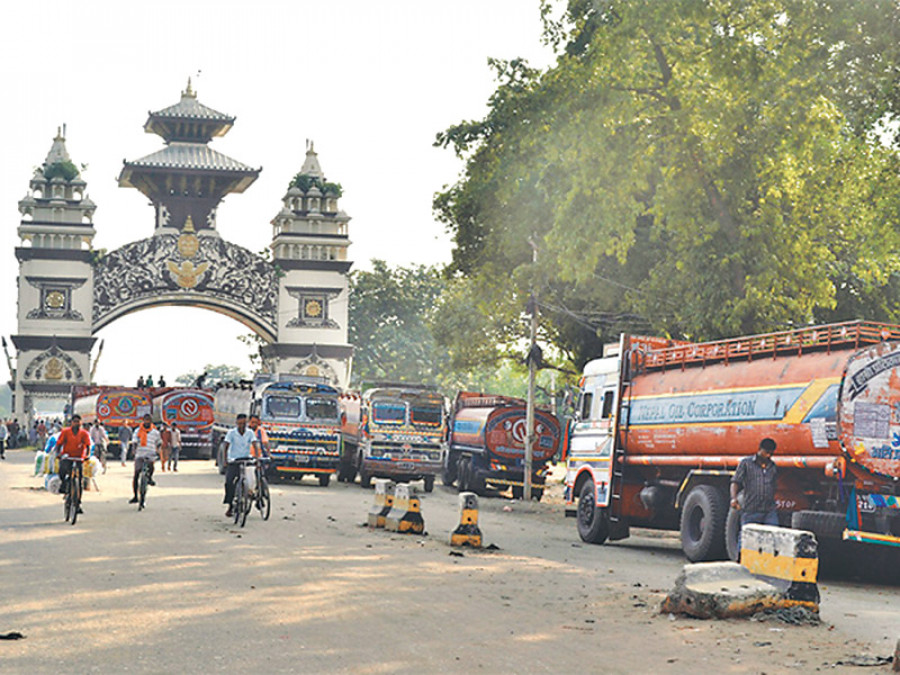 KATHMANDU: Fuel import through Birgunj transit point has increased significantly. The import of petroleum products via this major trade transit point of the country has gone up by 78 per cent in the 11 months of the current fiscal year compared to the corresponding period last fiscal year, the Birgunj Customs Office said.

Two million 531 thousand 660 kilolitres of petroleum products worth Rs 153 billion 360 million 700 thousand has been imported using the Birgunj transit in the 11 months of the current fiscal year 2022/23. This volume of imports is 78.51 per cent more than that of 11 months of the previous fiscal year.

Although the import of diesel, petrol, aviation fuel and LP gas has increased that of kerosene has decreased by 30 per cent, said Sumit Gupta, Information Officer of the Birgunj Customs Office.

According to him, approximately 34 per cent more revenue than that collected in 11 months of last fiscal year has been collected during the corresponding period of the current fiscal year with the increase in the import of petroleum products.

Seventy per cent of fuel and 85 per cent of LPG that is consumed in the country is imported through Birgunj transit.