Urging others not to be divided, the three central members left Biplav

They stated that they left the party due to changing global politics as well as Nepal's national politics. 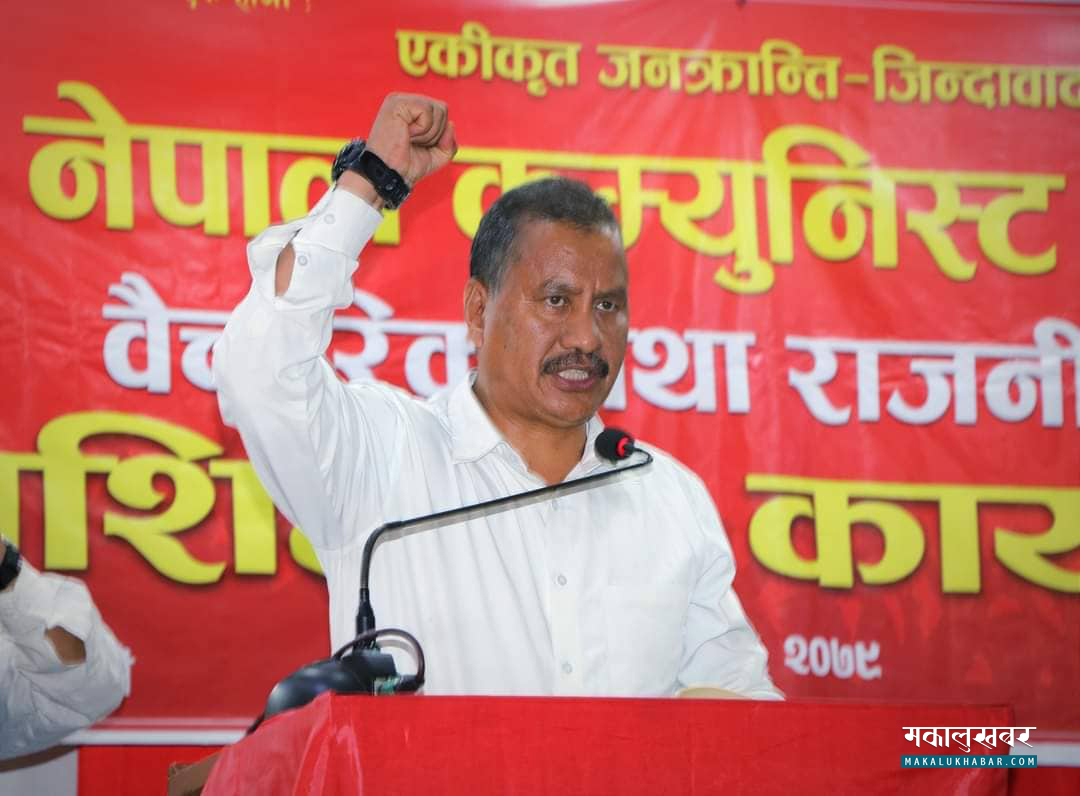 General Secretary Biplav has reached to the Far Western State as part of training. Meanwhile, they have formally resigned from the party. Far-Western cadres have arrived in Kailali for Biplav Dhangadhi training.

They stated that they left the party due to changing global politics as well as Nepal’s national politics. We have decided to secede from the Communist Party of Nepal led by Comrade Biplav as of today, realizing the need to move forward on an individual and collective initiative by uniting and polarizing the currently divided Maoist faction based on the Great People’s War in Nepal,’ the statement said.

Dharmendra Bastola and Hemant Prakash Oli, members of the Standing Committee, have formed separate parties. With General Secretary Biplav and spokesperson Khadka Bahadur Bishwakarma, they have ideologically divided the party.

Following this, the leaders began to depart with the Biplav. Biplav and Prakand have stated that they will run in the election, while another faction has stated that if they do, it will harm the democratic Biplav. 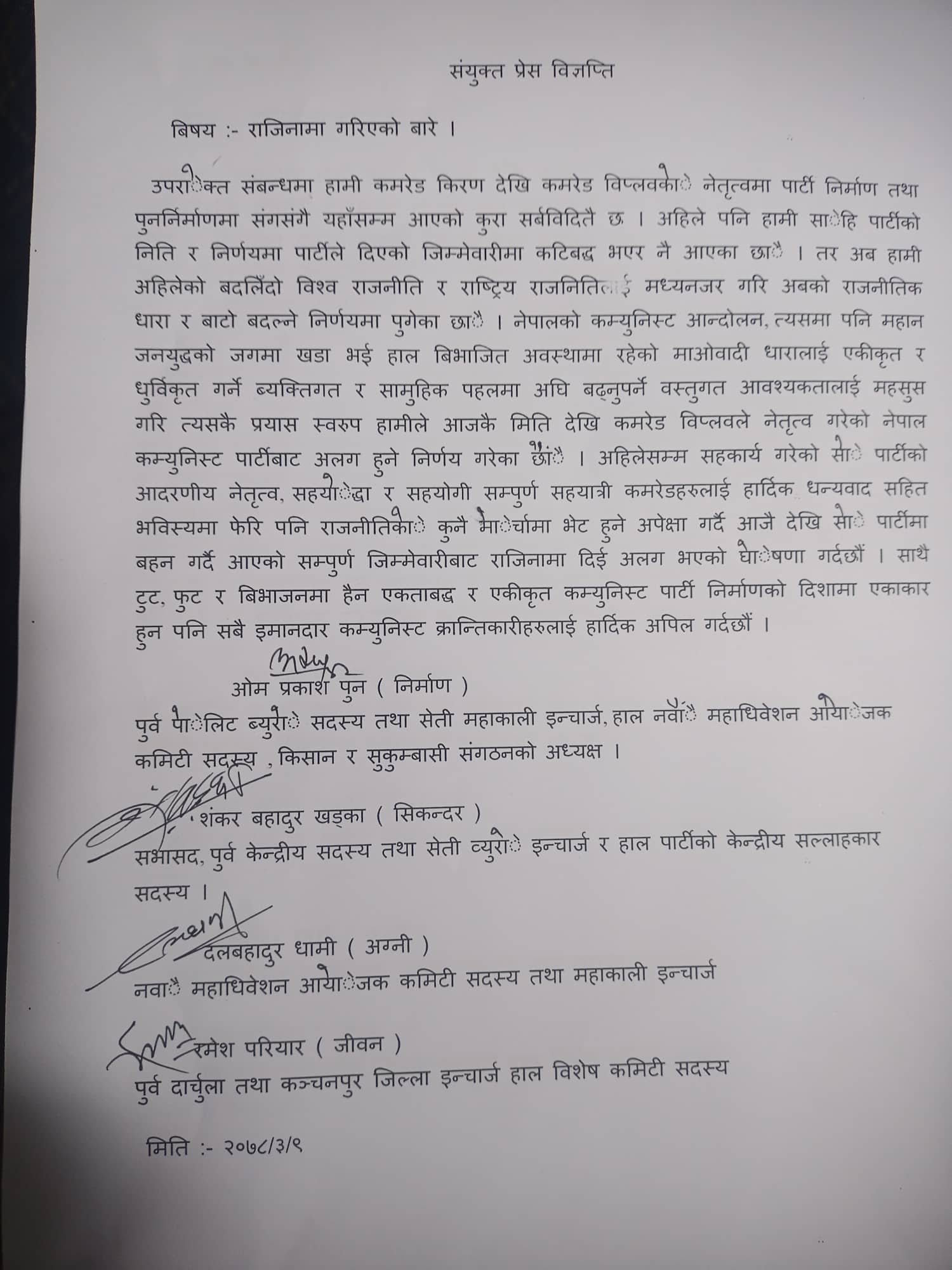