Kushma resident Menka Regmi has given her daughter and son-in-law life insurance as a gift. 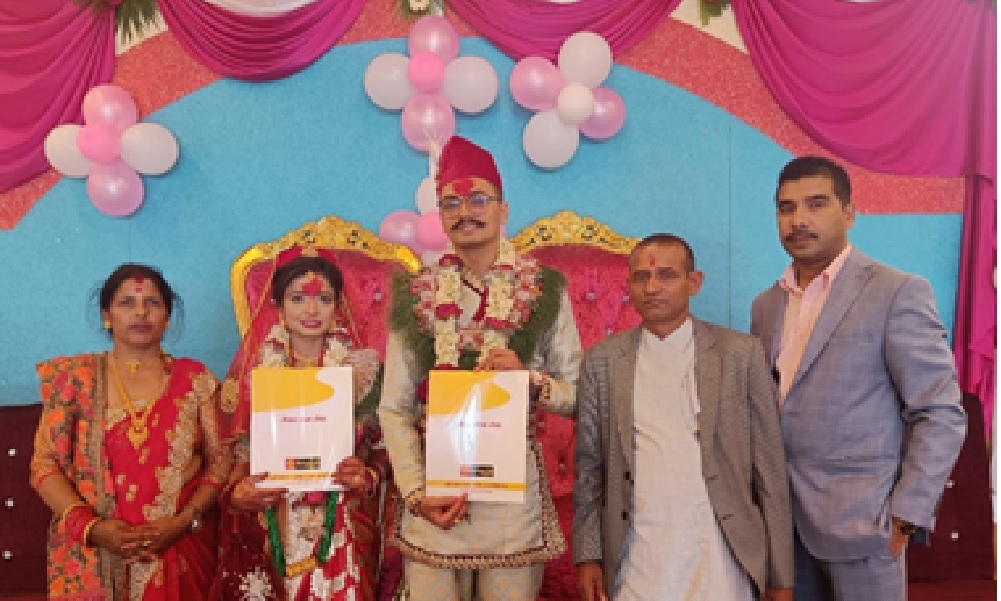 KATHMANDU: Children are more important than life to a mother and father. Parents always wish for their children to have a golden and bright future. Every parent wants their child’s upbringing, education, marriage, commitment, and so on to be unforgettable. For parents, the marriage of their sons and daughters is a joyous occasion.

Regmi proposed that the plan, which includes the Surya Surakchit Yojana and Surya Surakchit Kawaj, reduce the burden of financial problems that can lead to disasters in life while also being risk-averse. She stated that she insured both her daughter and son-in-law as a sign of motherhood for her daughter, who has left her family home.

The relatives and others present stated that they are convinced that people’s awareness of the importance of life insurance has increased, as a new and excellent campaign of giving insurance plans as a gift to the bride is going on now, as insurance carries the risk while also saving for the future.