No ads found for this position
COVID-19 Outbreak

Why North Korea’s COVID-19 outbreak could shock the world

China had successfully thwarted the virus until recently, succumbing to drastic lockdowns in several cities, including Shanghai. 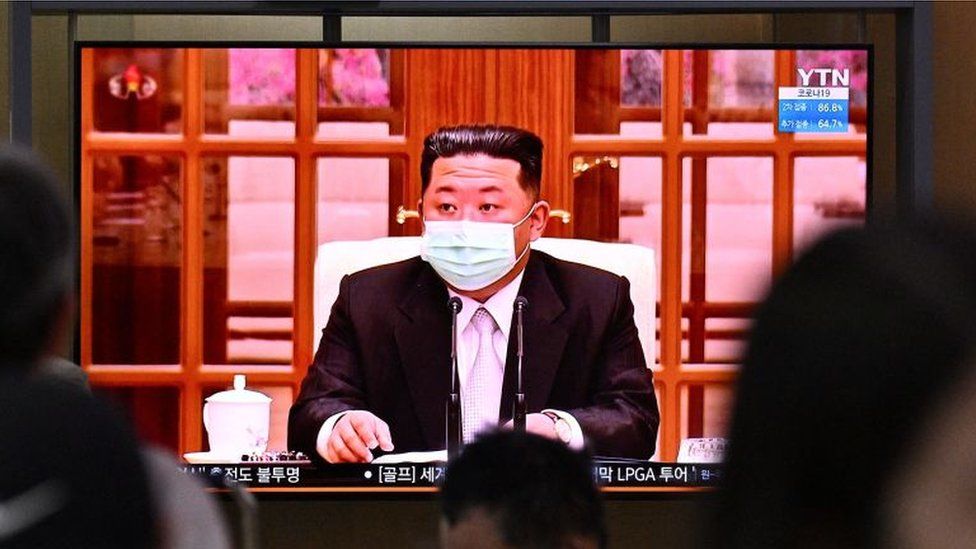 If I learned one thing after performing countless operations alongside surgeons in Pyongyang over the past 15 years, it’s North Koreans do not throw anything away.

I have used scalpels dulled from reuse to make incisions. One time I watched an anesthesiologist use his hands to squeeze a bag every three to four seconds to ventilate a patient for several hours during an operation.

It was business as usual in a place where medical equipment like mechanical ventilators are scarce. And I have always admired their ability to work with limited resources.

But now I fear for the safety of the doctors and nurses, as well as their ability to care for the surge of COVID-19 patients in the hospitals.

Last week, North Korea announced the first confirmed case of COVID-19 inside the country. Since then, we have learned of at least 1.72 million “fever cases,” with about half in quarantine and dozens of deaths so far. The Omicron BA.2 variant was found in at least one of the deaths.

With symptomatic cases accounting for roughly 7% of the population of 25 million, the outbreak is a disaster for North Korea.

We need to help North Korea immediately. Given the entire population has yet to be vaccinated, the death toll could be unprecedented.

North Korea, like China, has adopted a zero-COVID strategy for managing the virus. To its credit, this strategy of prioritizing the prevention of the virus from entering its borders seemed highly effective, with apparently no confirmed cases for over two years.

But the highly transmissible Omicron variants changed everything. China had successfully thwarted the virus until recently, succumbing to drastic lockdowns in several cities, including Shanghai.

Now, the virus has breached North Korea’s defenses. And the relatively weak ability of North Korea to respond to the massive outbreak is alarming.

But the most valuable items right now are the newly developed antivirals against COVID-19. Paxlovid appears to be effective against the Omicron BA.2 variant, can be taken by mouth and does not require any special storage and transportation methods. We should send these medical countermeasures as soon as possible. People are dying now, and we can and should help.

Secondly, their testing capacity is woefully inadequate. According to the WHO South-East Asia Region office situation reports, North Korea has been testing about 1,500 people each week for COVID-19.

If this is their maximum capacity, it would be impossible to test the current number of symptomatic patients — 1.72 million and counting — let alone their contacts. They also need COVID-19 tests to confirm the diagnosis before initiating Paxlovid. We should send diagnostics in sufficient quantities now; they are flying blind.

Third, the country is food insecure. Lockdowns are hard on the people, especially the poorest. Even stricter isolation measures are expected now that the virus has entered the country.

Immediate food aid is needed to mitigate hunger for those who lack the supplies to weather the lockdowns.

North Korea has not vaccinated its population. They have rejected offers of vaccines, presumably believing they could ride out the pandemic in isolation until it goes away.

The risk of the virus entering via cargo and possibly foreigners was not worth the benefit the vaccines provided. They were overreliant on their ability to keep the virus out and therefore unprepared for the outbreak.

The breach and the ensuing outbreak require a new strategy that can increase the protection of the population from further outbreaks. mRNA vaccines are effective against Omicron BA.2. Sufficient quantities of vaccines and deployment supplies should be offered to North Korea quickly. Our research has shown North Korea can deploy mRNA vaccines using the existing network of refrigerators.

The first group of people to be vaccinated should be the frontline health workers as they are facing an onslaught of COVID-19 patients each day.

When delivering assistance to North Korea, the “who” and “how” are as important as the “what.” A nationwide crisis requires all actors to work together.

The United Nations is in the best position to coordinate the different agencies, such as the World Health Organization, UNICEF, World Food Programme and nongovernmental organizations; to manage the complex regulations and logistics; and to help implement them alongside the North Korean government.

The monitoring and evaluation requirements should not be a sticking point right now — people’s lives are at stake. We should also take a solidarity approach and not demand North Korea ask for help first. Our hands should go out first; their need is clear.

North Korea needs to become more flexible as well. They should not try to manage the crisis by patching together isolated aid packages from individual organizations. We need a clear focal point of communication to coordinate with the international community. The obvious counterpart to the United Nations is the DPRK Mission in New York.

To be sure, aid to North Korea is controversial. On the same day the outbreak was announced, North Korea fired three short-range ballistic missiles. Perhaps we can have a moratorium on any military activity on the Korean Peninsula until the outbreak is contained. Such activity diverts precious resources and attention away from the urgent needs of the people.

All sides need to have their eyes on containing the pandemic. It’s in everyone’s interest to help North Korea contain this outbreak — and prevent future ones.