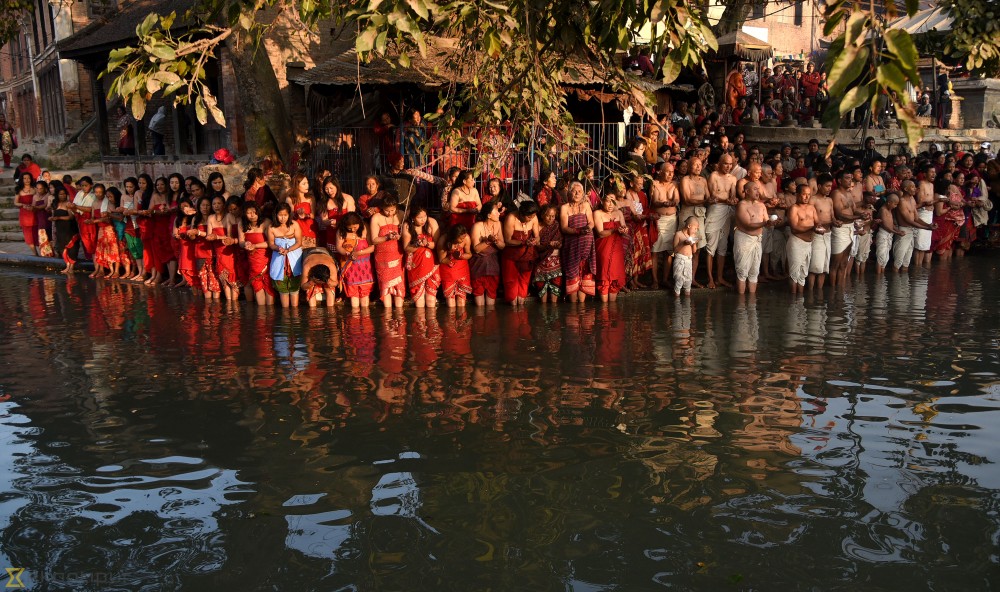 KATHMANDU: FEB. 16 – The month-long Shree Swasthani Bratakatha dedicated to Hindu goddess Swasthani that was kicked off on Poush Shuklapurnima is concluding today.

The festival, a ritual of fasting and recitation of Swasthani script observed by the Hindus is usually observed from the full moon day of one month to the next full moon day.

According to the rituals, devotees will break their fasting afternoon today after conducting a puja, said Prof. Dr Dev Mani Bhattarai, chief of Theology Department of the Nepal Sanskrit University (Balmiki Campus), adding that following this, devotees would be awake throughout the whole night and immerse the prasad and offerings in holy rivers on Thursday.

According to the tradition, Nepali Hindu people observe the festival by worshiping Goddess Swasthani, fasting and reading out the holy story book-Swasthani -which mainly narrates the stories of those of Goddess Swasthani, God Shiva and other deities.

Devotees take a holy bath to begin with the ritual and wear clean clothes, trim nails and perform worship rituals in the morning thereafter reading out the stories and take austere meals in the afternoon throughout the month.

Devotees also observe fasting and involve in extensive worships during the period to appease Goddess Swasthani.

It is believed that the married women who observe the fast would be blessed with longevity for their spouses while unmarried ones are bestowed with suitable marriage partners.

Women wear red clothes and bangles during the one-month period, as it is believed that red colour brings them good luck.

The rituals associated with the Swasthani Katha takes place on the river banks in various Hindu shrines across the country including the Shalinadi situated in Shankhu, the north-east outskirt of the Kathmandu Valley.