No ads found for this position
National Assembly Election:

During the moment of silence, no election campaigning or vote soliciting should take place. Their own election signs and propaganda materials should be removed from within 300 meters of the polling station before the start of the silence period. The commission has stated that virtual means such as SMS, Facebook, and Viber can be used to seek votes during the election campaign.

It has been urged that no news or information be published or broadcast that promotes candidates or political parties. This was said by Commission spokesperson Shaligram Sharma Poudel in a statement on the National Assembly election’s silence period and voter identification. 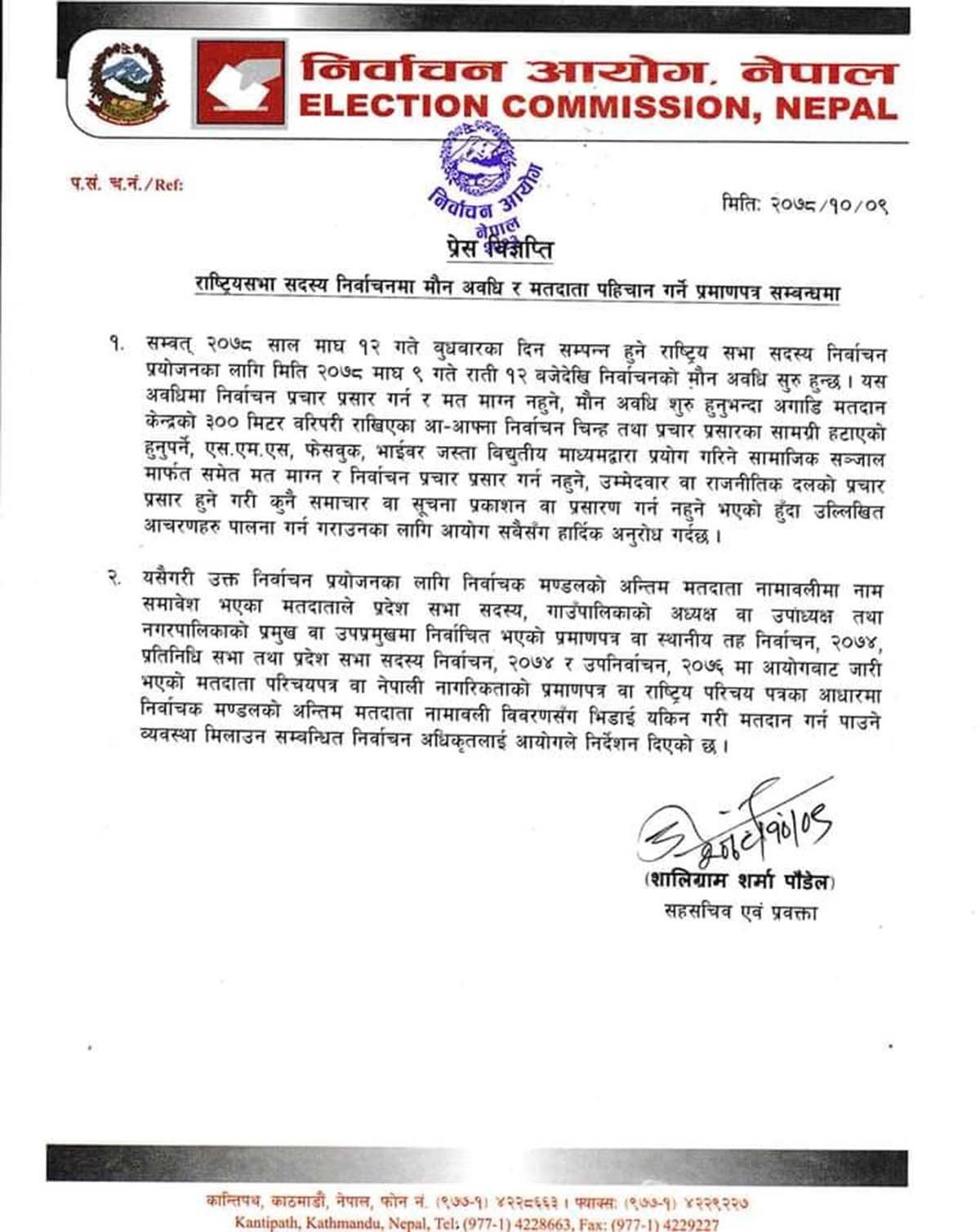