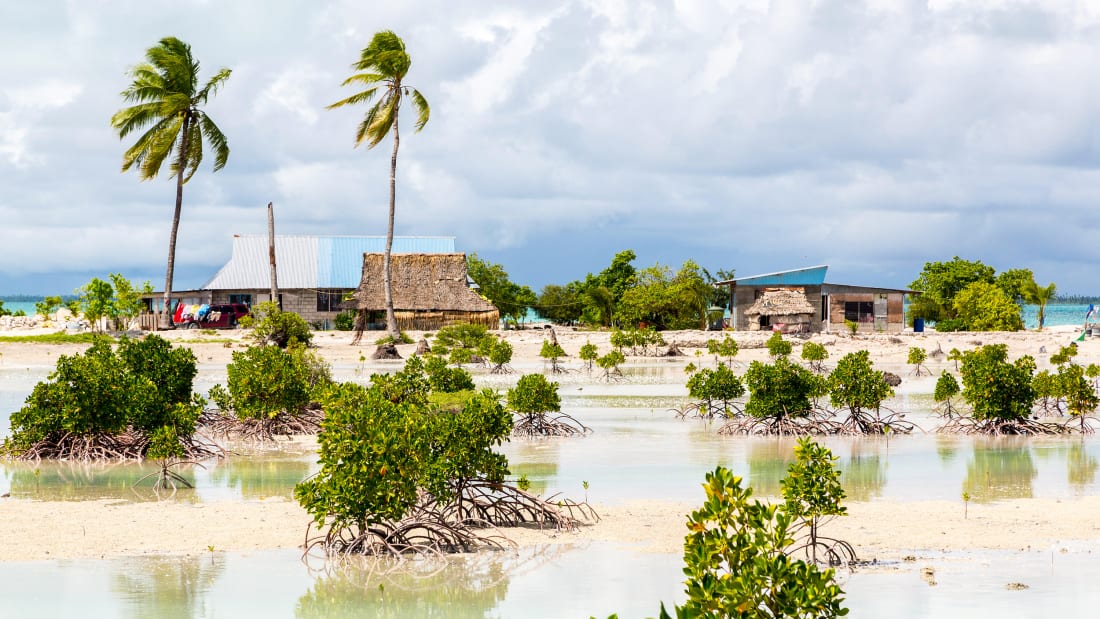 TARAWA: JAN. 23 – The remote island nation of Kiribati went into lockdown for the first time since the COVID-19 pandemic began two years ago after dozens of passengers on an international flight tested positive for the virus.

In a statement posted to its official Facebook account on Tuesday, the Kiribati government confirmed that 36 out of 54 passengers on a flight that had come from Fiji on January 14 had all tested positive for the virus. Authorities had “taken all precautions” and have been “managing” the passengers from the time they entered into pre-departure quarantine in Fiji until their arrival and quarantine in Tarawa, the capital of Kiribati, the statement said.

Of a population of just 122,391, only 3 confirmed cases had been identified in Kiribati before last week’s flight. That’s partly due to the island’s strict entry controls during the pandemic and its isolation. Kiribati sits in the middle of the Pacific Ocean, 3,100 miles (5,000 kilometres) away from North America.

Kiribati’s government said it will enact on Monday a 24-hour curfew in South Tarawa — the main hub of Kiribati — and the nearby township of Beito.

Residents must stay home unless they have to leave for essential work, access emergency services or shop for food or other essential goods, the government said in its statement.

No public transport will be in operation; social gatherings will be banned, and all bars and nightclubs will be closed.

Kiribati at the moment requires all people to wear masks in public spaces, including on public transportation. There is already a curfew in place from 10 p.m. until 5 a.m., and social gatherings are currently limited to 10 people.

Kiribati and other Pacific nations were spared the worst of the pandemic because many states closed their borders to foreign nationals shortly after the virus emerged in late 2019.

The decision to go into lockdown over a handful of cases is not without precedent in the South Pacific. Tonga declared a weeklong lockdown for the main island Tongatapu after authorities there discovered the country’s first COVID-19 case in November.