NEW DELHI: JAN. 19 – Varun Dhawan’s driver Manoj Sahu died on Tuesday after suffering a heart attack, reported news agency ANI. At the time of the incident, Varun was shooting at the Mehboob Studio in Bandra.

Manoj Sahu was rushed to the Lilavati Hospital in Bandra, where the doctors declared him dead. Varun, who was at the hospital for a long time, was later seen leaving the hospital in his car, wearing a protective face mask. 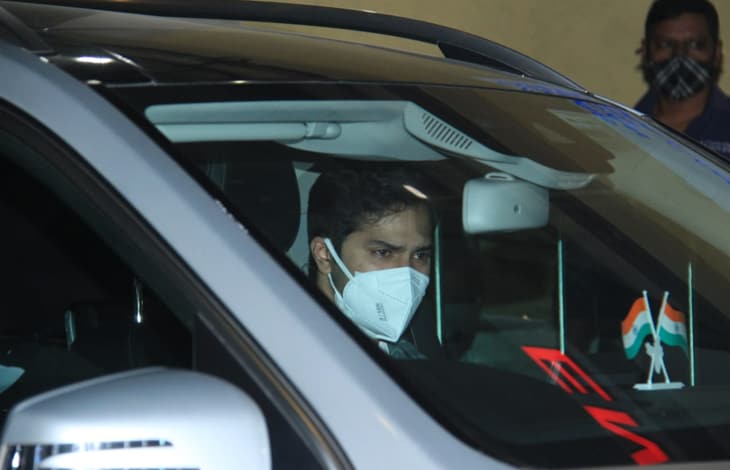 The news was confirmed by Varun’s management team on social media. Manoj was a trusted driver of the Dhawan family for many years.

A collage of pictures of Manoj and Varun was posted by a paparazzo account, with the caption, “This is so shocking and unbelievable. Manoj who has been working with Varun Dhawan since very long passed away due to a heart attack. He was healthy and had no covid complications and this was so sudden as they were all shooting today at Mehboob studio. He was admitted to Lilavati Hospital which is next door to Mehboob but he did not make it. He has two young daughters, our condolences to his family and the entire Varun Dhawan team. OM SHANTI.” 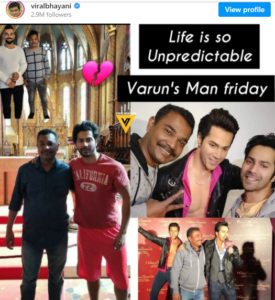 Singer Earl Edgar reacted to the post and commented, “I remember interacting with the guy, sweetest gem. Deepest Heartfelt condolence.” Photographer Dabboo Ratnani dropped a folded hands emoji in the comments section. One person commented, “Hope his soul rest in peace. Life is truly so unpredictable. He looks so young and had a whole life ahead.”

Recently, Varun featured in an Instagram video of actor Kriti Sanon as they teased their upcoming film Bhediya. Directed by Amar Kaushik, Bhediya will release in cinemas on November 25, 2022. In the film, Varun will be seen essaying the role of a half-man and half-wolf. Also starring Abhishek Banerjee and Deepak Dobriyal, the story of the film has been written by National Award Winner, Niren Bhatt.

Varun also has Jug Jugg Jeeyo in the pipeline, in which he will feature alongside Kiara Advani, Anil Kapoor, Neetu Kapoor, Maniesh Paul and Prajakta Koli. The film is slated to release on June 24, 2022.