With third consecutive victory, Police Club is close to semifinals 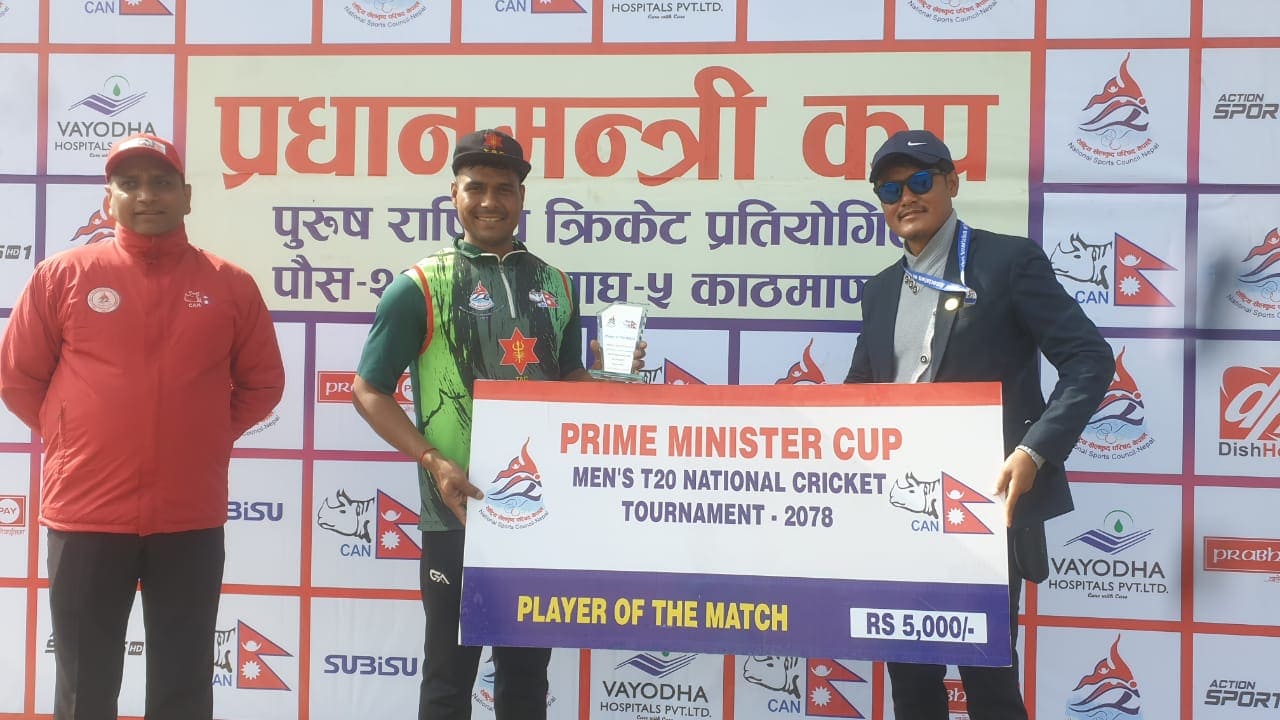 KATHMANDU: JAN. 14 – For the third time in a row, Nepal Police Club has won the Prime Minister’s Cup T-20 cricket tournament. Police defeated Karnali State by 89 runs in a match played on Friday in Kirtipur to retain their lead in Group A.

Karnali’s Prakash Jaishi scored 68 runs off 47 balls, but the team did not lose. Other than Prakash, the performance of the rest was disappointing. When Diwan returned unbeaten on 17 runs, Dinesh Adhikari and Manish Thapa scored 15 runs apiece. Dipendra Singh Airee and Yogendra Singh Karki took 2-2 wickets each for the Police. Earlier, opener Kushal scored 82 off 39 balls with 9 fours and 3 sixes and Dipendra scored 62 off 28 balls with 9 fours and 2 sixes.

Similarly, Pawan Sharraf scored 22 runs while Aarif Sheikh remained unbeaten on 18 off 9 balls. Similarly, Dilip Nath played a not-out inning of 31 runs off 10 balls. Karnali’s Anuj Chunara, Prakash Jaishi and Rabindra Shahi took equal 2-2 wickets. Police, which is still in the top position with the victory, is nearing the semi-final entry of the competition.