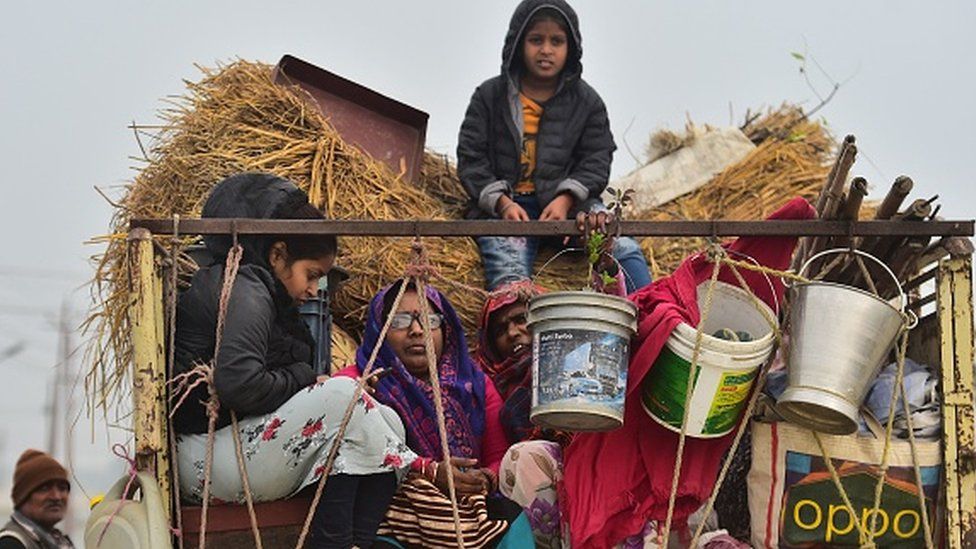 ITAHARI: JAN. 14 – Thousands of Hindu pilgrims have begun arriving in the northern Indian city of Prayagraj (formerly Allahabad) for a festival amid a massive surge in COVID-19 infections.

Devotees believe that bathing in the river Ganges during the Makar Sankranti festival would cleanse their sins. A similar gathering had contributed to India’s deadly second wave last year.

But the authorities in Uttar Pradesh state, where Prayagraj is located, have refused to ban this year’s event. On Thursday, Chief Minister Yogi Adityanath appealed to people to follow all necessary Covid protocols during the event, known as Magh Mela.

However, infections are being reported from the Mela ground even before the start of the event. A large tent city has sprung up on the riverbank in the past few days to house the pilgrims and authorities say more than 5,000 policemen are being deployed to manage the crowds.

Senior police official Rajeev Narayan Mishra confirmed on Thursday that at least 38 police personnel on duty had tested positive, sparking fears that the festival could turn into an infection hotspot in the coming days.

In April last year, millions of pilgrims had gathered in the Himalayan town of Haridwar, in the neighboring state of Uttarakhand, to participate in the Kumbh Mela festival even as several cities grappled with a severe shortage of oxygen and hospital beds.

Several of the pilgrims – who came from all parts of the country – tested positive after returning home, with epidemiologists describing the festival as a “super-spreader event”.

This year, the authorities in Uttarakhand have banned devotees from taking a dip in the river during the festival.

The insistence of Uttar Pradesh to hold the Magh Mela festival has experts worried about the consequences it could have on public health. India is in the midst of a third wave of the pandemic, believed to be fuelled by the Omicron variant of the coronavirus.

The country reported over 247,417 new infections on Thursday – the most since late May – driven by a steep rise in cases in big cities such as the capital, Delhi, and the financial centre of Mumbai. 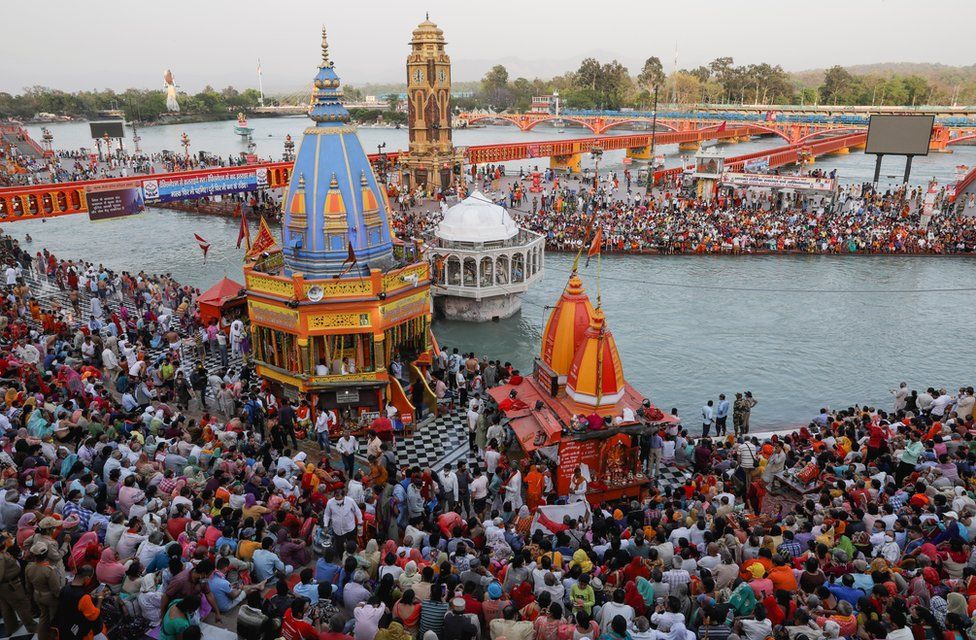 Even Uttar Pradesh has witnessed a sharp spike in daily infections – and Covid cases in Prayagraj have increased 10-fold – from 92 to 1,267 in the past week.

Authorities in the state have announced several measures, including a night curfew, to curb infections. And India’s Election Commission has banned physical rallies there (the state goes to polls next month) in view of the situation.

But on Thursday, visuals on Indian websites showed hordes of people reaching Prayagraj to attend the festival. Many arrived in densely-packed tractors while others came on rickety trolleys and colorful trucks.

Authorities maintain that they have implemented all Covid-related protocols at the venue. All pilgrims are required to show their vaccine certificates along with an RT-PCR test report taken two days before their arrival, they said.

“We have put up hoardings at many places highlighting precautions like masks. Our screening teams are in place. There are provisions for testing at the venue too,” Jai Kishan, the health officer in charge of the arrangements, told NDTV channel.

Mr. Adityanath on Thursday also requested Covid patients and those who are not fully vaccinated to avoid attending the event. But experts worry how so many pilgrims could be tested over the next few days or how the orders would be enforced if the numbers swelled up.