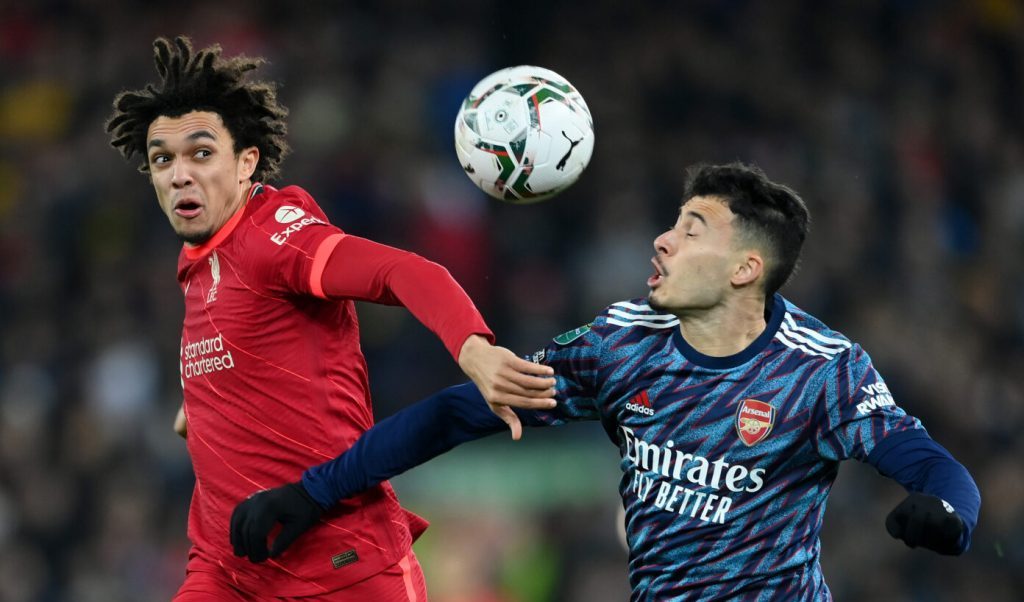 KATHMANDU: JAN. 14 – Arsenal and Liverpool drew goalless in the first leg of their Carabao Cup semi-final. Arsenal held Liverpool to a draw despite being down to 10 players at Anfield.

Arsenal were reduced to 10 men after Xhaka received a red card in the 24th minute but Liverpool could not take advantage.

Mohamed Salah and Sadio Mane, both of Liverpool, did not play.

The second leg of these two teams’ journey will take place on January 20. The winner will face Chelsea for the championship.