No ads found for this position
Kazakhstan unrest

At least 164 killed in crackdown on protests, reports say 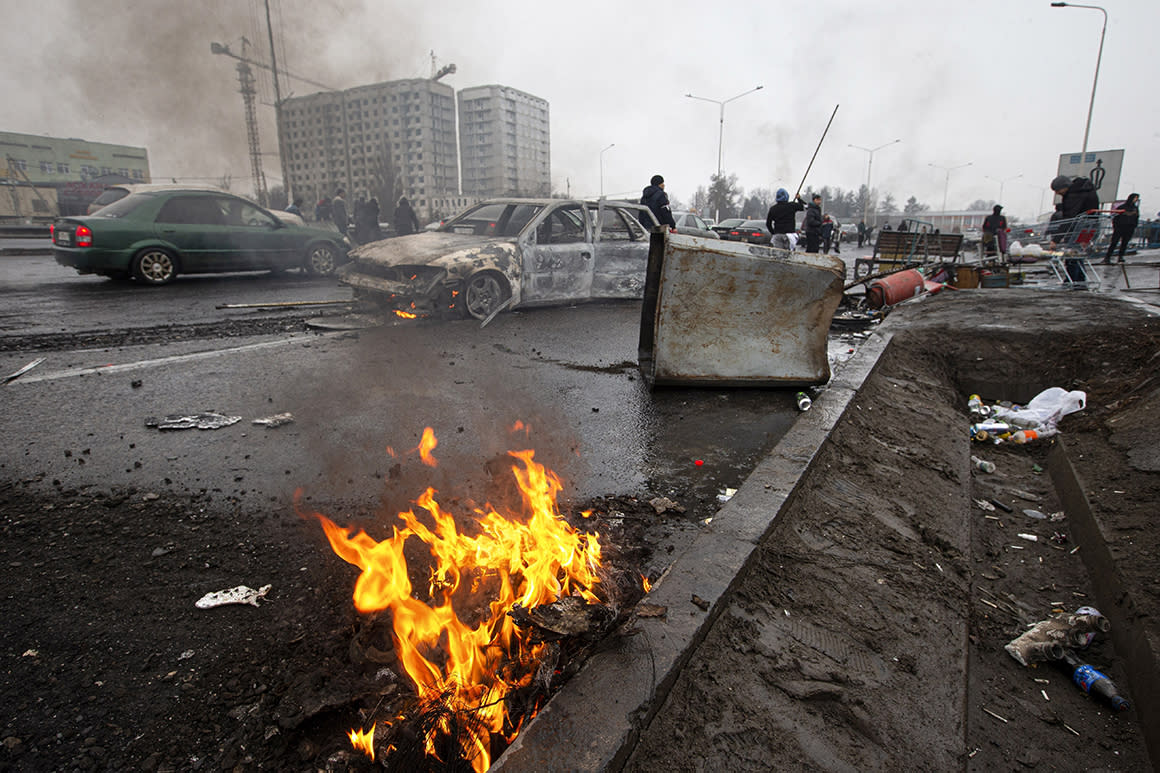 NUR-SULTAN: JAN. 10 – At least 164 people have died in Kazakhstan during violent anti-government protests, according to media reports citing health officials. If confirmed it would mark a sharp rise from the previous figure of 44 deaths.

Almost 6,000 people have been arrested, including “a substantial number of foreign nationals”, Kazakhstan’s presidential office said on Sunday. The demonstrations, triggered by a rise in fuel prices, turned into huge riots as they spread across the country.

They started on 2 January and grew to reflect discontent at the government and former President Nursultan Nazarbayev, who led Kazakhstan for three decades and is still thought to retain significant influence.

Last week, troops from countries including Russia were sent to Kazakhstan to help restore order.

The presidential statement added that the situation had stabilized, with troops continuing “cleanup” operations and guarding “strategic facilities”. A state of emergency and a nationwide curfew remain in place.