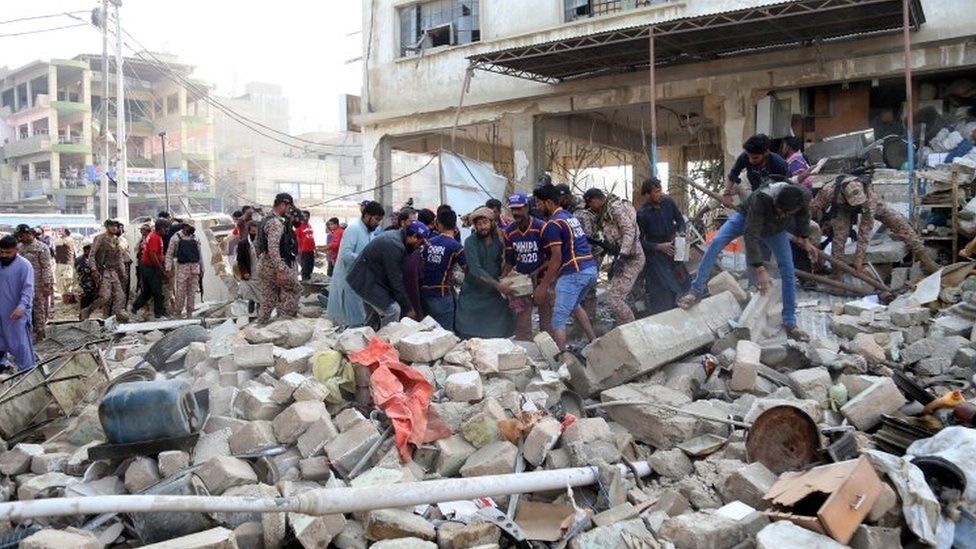 An explosion at a bank in Pakistan’s southern city of Karachi has killed at least 14 people, police say. Many others were injured in the blast, which is believed to have been caused by a gas leak from a sewage drain.

Witnesses told local media many people were buried in the debris. There are fears the death toll will rise. Footage from the scene showed windows and doors at the Habib Bank building blown out, vehicles damaged, and documents strewn across the street.

“Our explosives teams are at work trying to ascertain the nature of the blast, but apparently the structure was constructed on a drain and gas could be a probable cause,” police officer Sarfaraz Nawaz told reporters.

In a statement on Twitter, Habib Bank said “an unfortunate incident, involving an explosion, took place at our branch” on Saturday afternoon. “Our sympathies are with the bereaved families”.