Oli, who became UML chairperson for the second time, took an oath 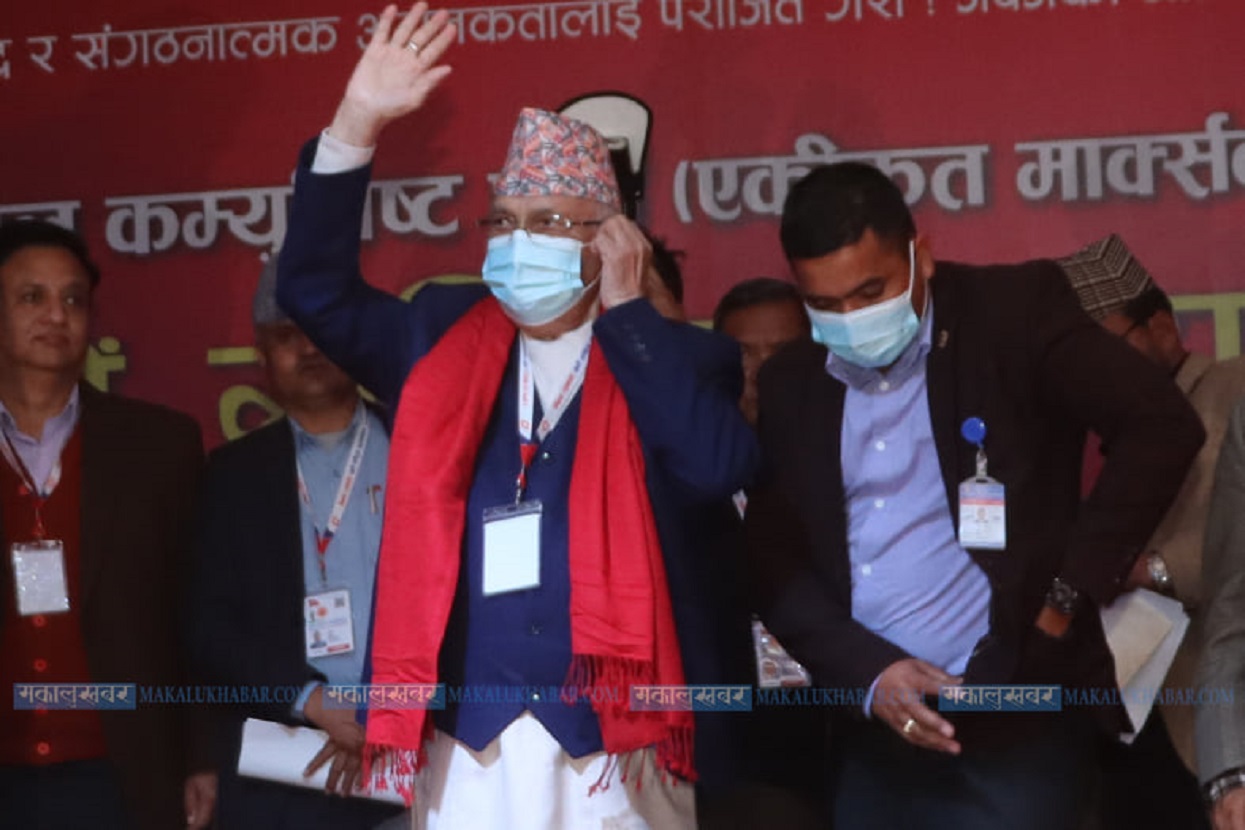 CHITWAN: NOV. 30 – KP Sharma Oli, who has been elected as the chairperson of CPN (UML) for the second time, has taken an oath.

Oli, who was elected chairperson with 1840 votes, defeated his rival Bhim Rawal who got 213 votes.