Demanded of Agni Prasad Sapkota’s visit to Europe be stopped 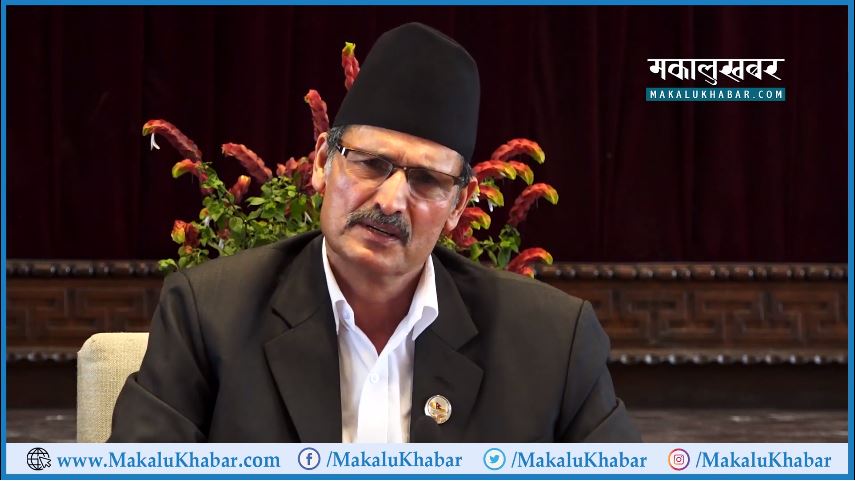 KATHMANDU: NOV. 25 – It has been demanded that Speaker Agni Prasad Sapkota’s visit to Europe be stopped. The Accountability Monitoring Committee said that the case of Arjun Lama’s murder in Kavre was under consideration in the Supreme Court and demanded that the Speaker not be allowed to participate in the program in Spain.

Speaker Sapkota is also invited to the 143rd meeting of the Inter-Legislative Union (IPU) to be held in Madrid, Spain from November 26 to 30 (Mangsir 10 to 14). However, the organization, including the Accountability Monitoring Group, has demanded the organizers to withdraw the invitation given to Sapkota.

Charan Prasain, a coordinator of the Accountability Monitoring Committee, has also written a letter to the President of the Inter-Legislative Association, the Foreign Minister of Spain and the Spanish Embassy in Delhi overseeing Nepal. 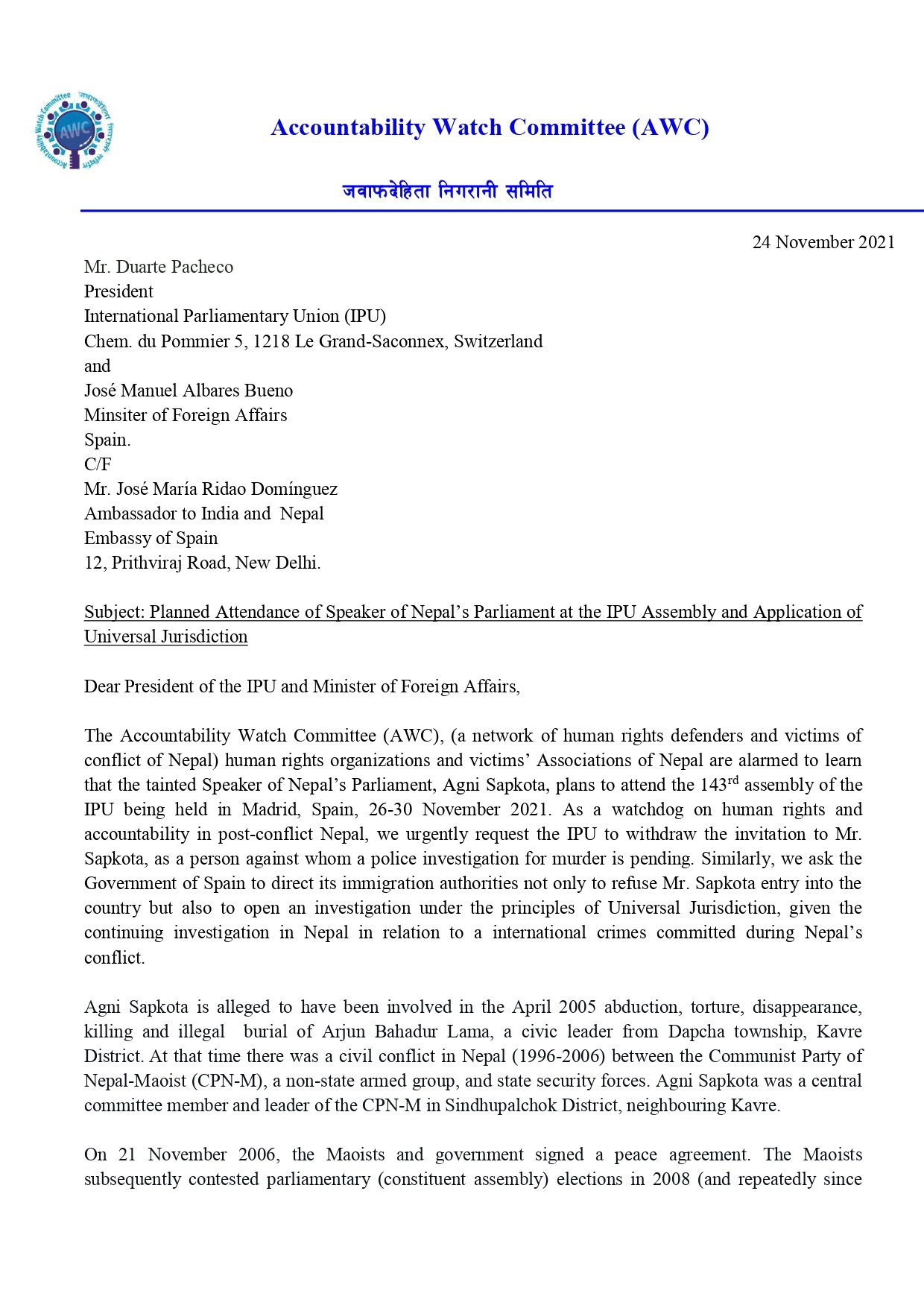 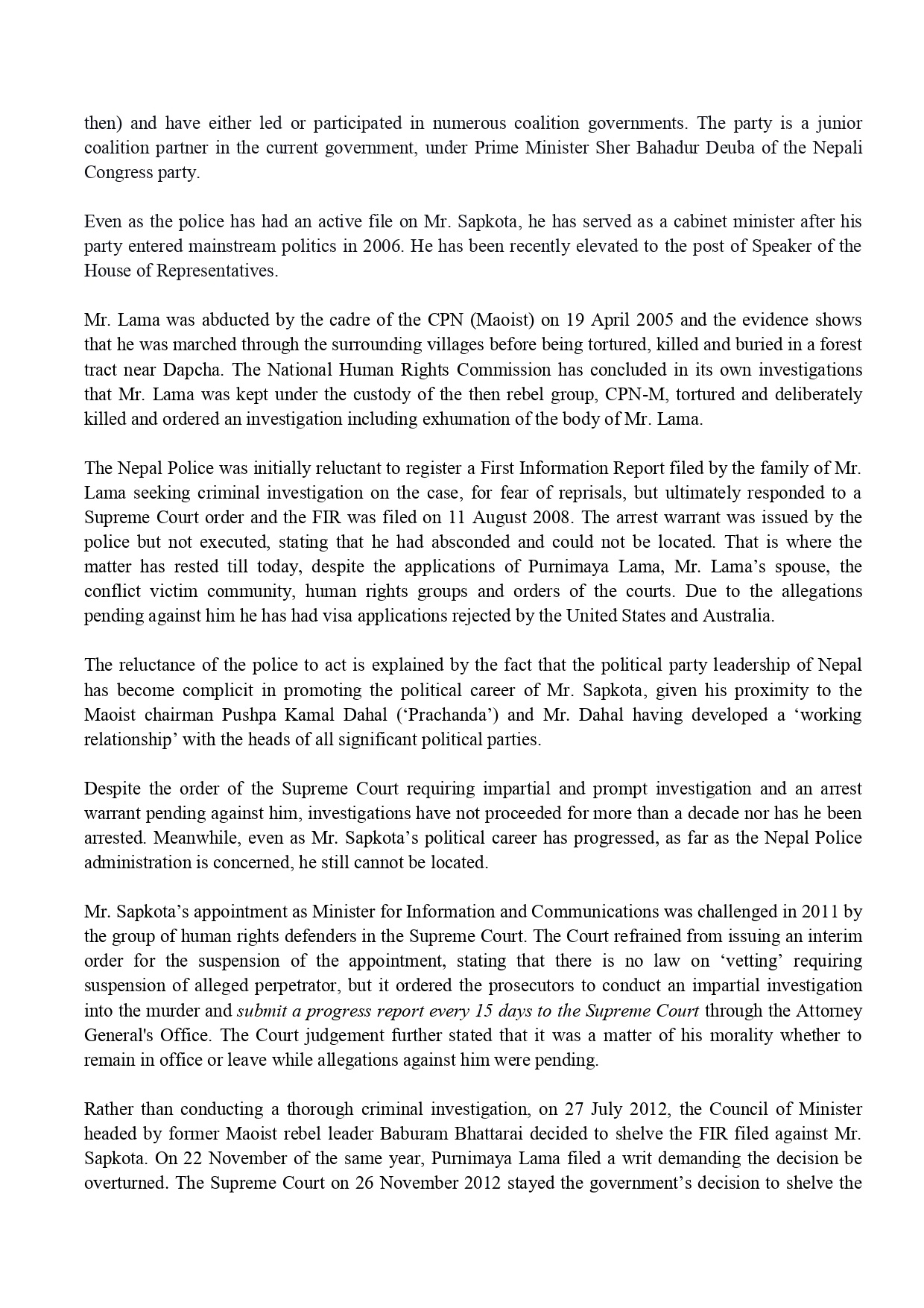 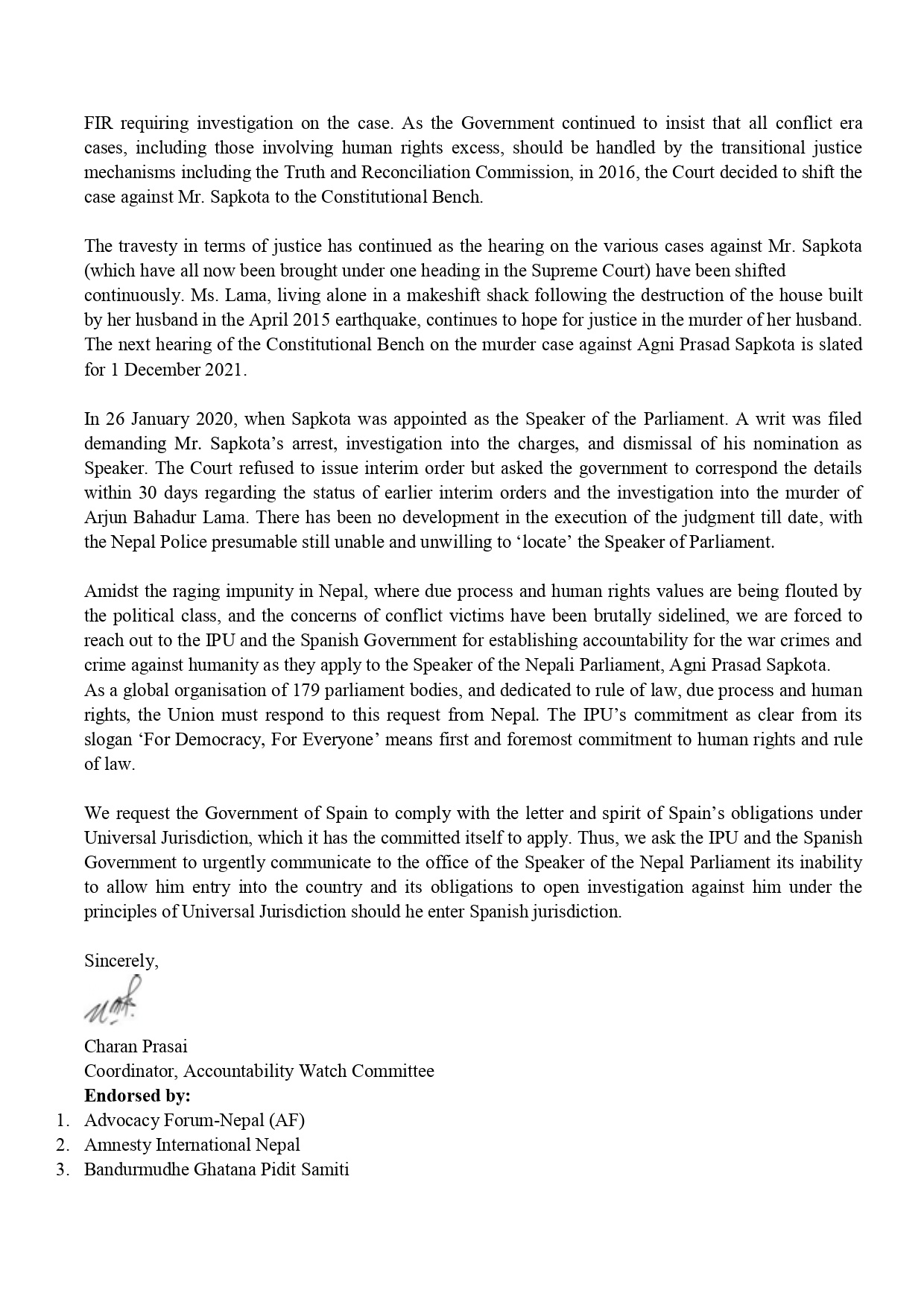 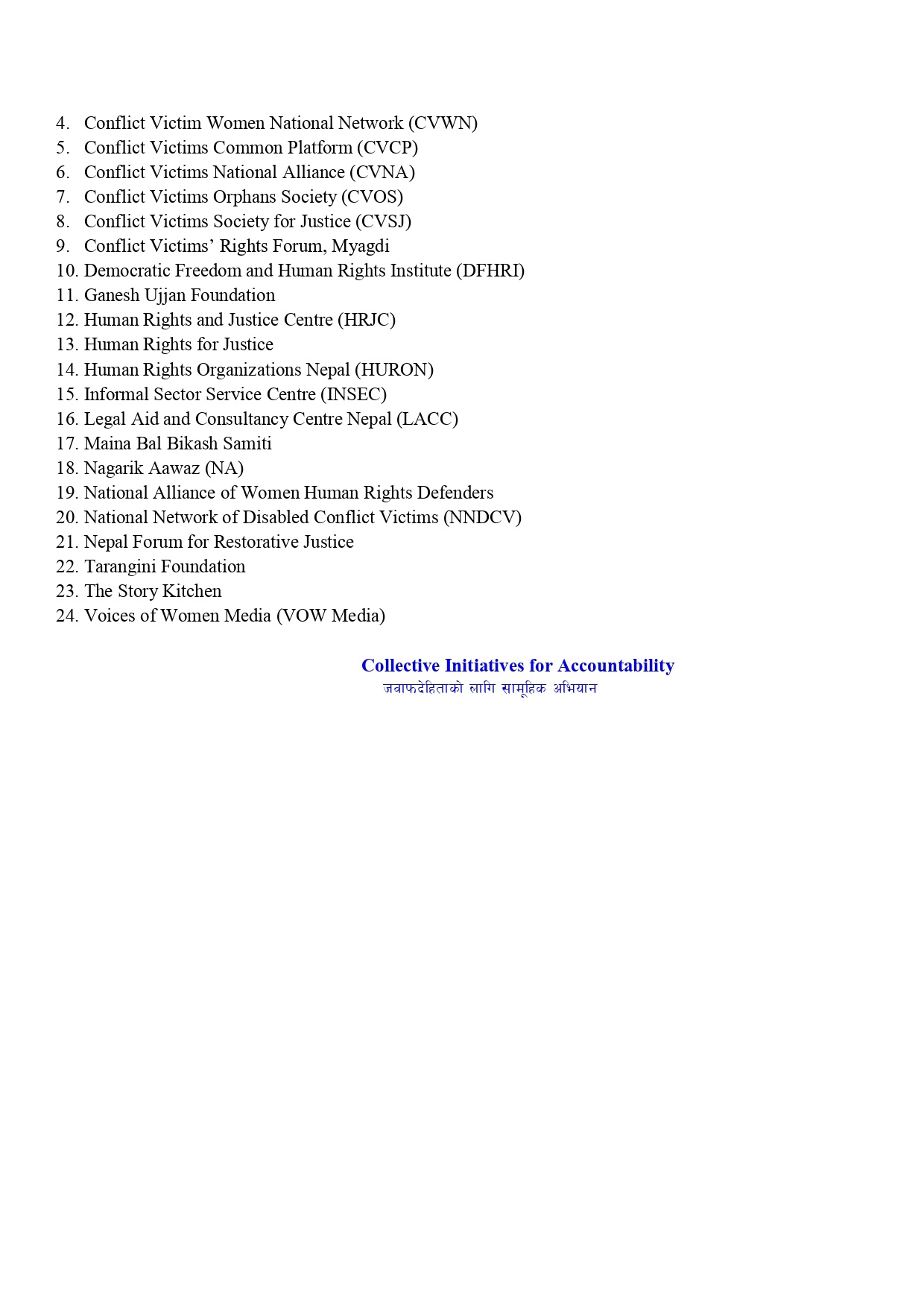