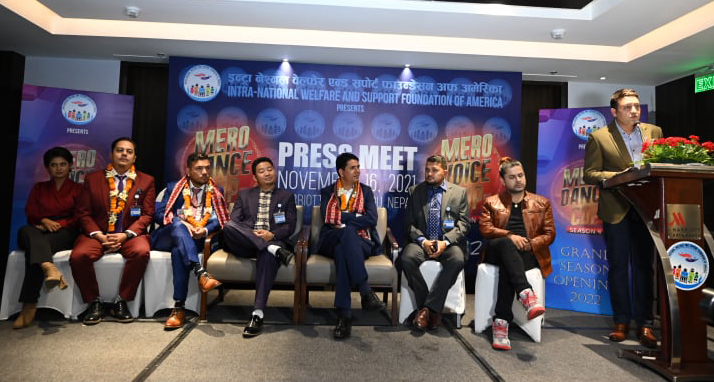 KATHMANDU: NOV. 17 – Two reality shows have been announced targeting Nepali speakers in the US and Canada. The announcement of ‘Mero Voice Cup USA USA 2’ and ‘Mero Dance Cup USA 4’ is being made by organizing a press conference in Kathmandu.

Both of these reality shows are being hosted by the Intranational Welfare and Support Foundation of America. The chairman of the foundation, Delhi Adhikari, informed that the show will start from January. Actor Dilip Rayamajhi, choreographer Shankar BC, actress Keki Adhikari and Narman Rai will be the judges for ‘Mero Dance Cup USA 4’ while Pramod Kharel could be the judge for voice, the official said.