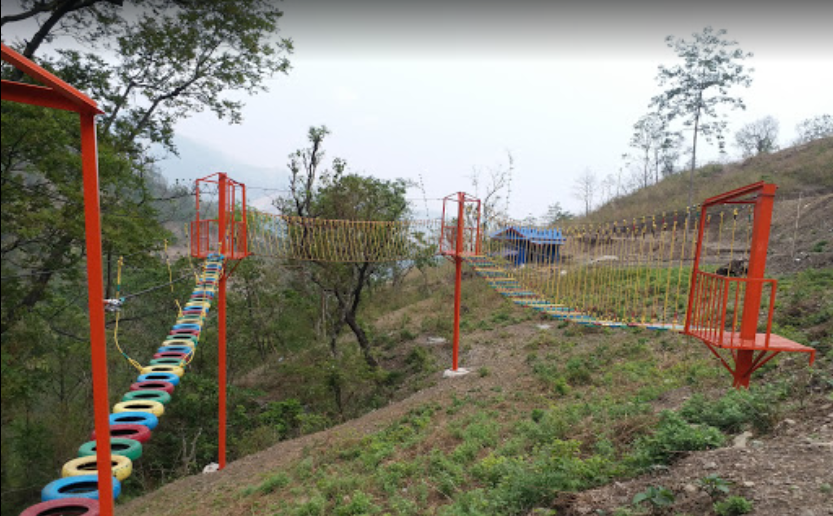 ITAHARI: NOV. 15 – ‘Nunkwin’ is the title used by a famous Tiktok user in her account that has 1.1 million followers. Recently she went to Sechha Adventure Park of Dharan. She filmed five popular Tiktok video content generating almost a million views.

Unlike nunkwin, Umesh Bhandari is not a hugely popular Tiktok content creator. With more than 1500 followers, he too frequents Sechha Adventure Park for filming new videos. ”This park gives unique backgrounds with lots of adventure stuff which draws me here,” Bhandari said.

According to Bhandari, many denizens of Dharan and the satellite cities in the neighborhood are coming here just to have fun and film TikTok content.

The proprietors of the park call it is the first adventure park of Nepal. The construction of the first of its kind park was inaugurated on 26 October 2020 and it is commercially operational since the New Nepali Year of 2078 BS.

The park hosts the first Sky-cycle measuring 150-meter-long in Province 1 together with Burma Bridge, 200-meter-long zip line among others.

”Dharan is known as the adventure paradise in Province 1 and to give more flavors to this glamour, we have established Nepal’s first adventure park”, said Basudev Baral, one of the pioneers of the park. ”We are introducing more recreational soft adventure packages in the days ahead.”

Established at the cost of 100 million rupees, the park is located at Kalimati in Dharan-20, which is close to Dharan’s famed hilltop called Chinde Danda.

This is 3.9 kilometers away from Zero Point of Dharan and can be reached via a 10-minute-long drive.