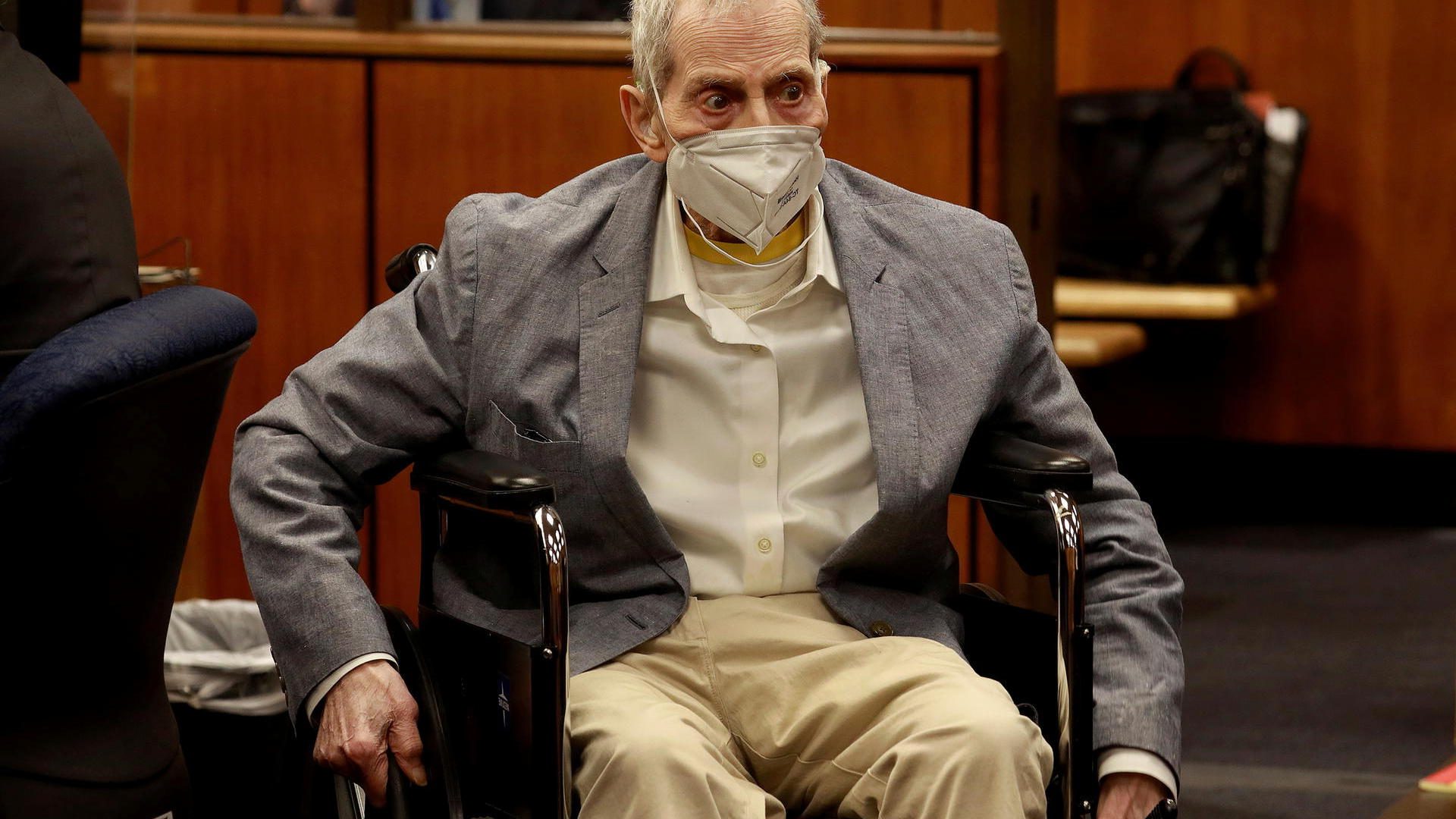 TERHATHUM: OCT. 15 – US real estate heir Robert Durst, subject of HBO crime documentary series The Jinx, has been sentenced to life in prison for killing his best friend.

Durst was found guilty of killing Susan Berman in 2000 to stop her from talking to police about his wife’s disappearance. Then aged 55, she was found shot in the head in her Beverly Hills home. Police believe he killed two others as well. In a victim impact statement in court, Berman’s son told Durst “you murdered the person I was” when he killed her.

Prosecutors called Durst, 78 – who appeared in the Los Angeles court for his sentencing – a “narcissistic psychopath”. Durst has denied killing his friend. His sentence for first-degree murder excludes any possibility of parole, meaning he will now very likely die in prison.

The crime carries special circumstances, the jury decided, including murder while lying in wait, and murder of a witness. Durst’s lawyers told the judge on Thursday that he intends to appeal his conviction. Durst himself spoke to the judge only once to say “yes” when asked if he was waiving his right to appear at a future hearing.

Susan Berman was a crime writer and daughter of a Las Vegas mobster, and had acted as a spokeswoman for Durst when he became a suspect in his wife’s disappearance. Berman’s cousin, Denny Marcus, told the judge on Thursday: “I was robbed… of an absolutely extraordinary, unforgettable brilliant person whose life was savagely taken from her.”

Sareb Kaufman, who considers Berman his mother as she had been dating his father, said: “I have not had one day off in 21 years from the absolute destruction, grief and pain this has caused me.” “I have lost everything many times over because of him… I have lost and sacrificed more than anyone could possibly know,” he continued.

“My mother’s murder and the events of the last 40 years will never leave me. Are you satisfied, Bob?” Durst’s wife Kathleen McCormack, a medical student, went missing in 1982 and is presumed dead.

“The only hope of redemption you have is to help find Kathy,” Mr. Kaufman added, calling on Durst to reveal the location of McCormack’s body. New York prosecutors are considering pressing new charges against him in her case, according to US media.

Prosecutors have argued that Durst actually murdered three people – the third being an elderly neighbor, Morris Black, who discovered Durst’s identity in 2001 while he was hiding out in Texas and pretending to be a mute woman. Durst was acquitted of murdering Mr. Black, successfully arguing he had killed him on the grounds of self-defense before cutting up the body.

Durst is an estranged member of one of New York’s wealthiest and most powerful real estate dynasties. His brother Douglas Durst, who testified at the trial, told the court: “He’d like to murder me.” At the end of The Jinx series, Durst is heard muttering to himself: “What the hell did I do? Killed them all, of course.”

Hours before the last episode aired in March 2015, authorities arrested Durst in New Orleans for Ms. Berman’s murder. Jurors were played the clip during the trial.