With the increase in alcohol consumption during the holidays, the risk of accidents is high. What is being done to control it? 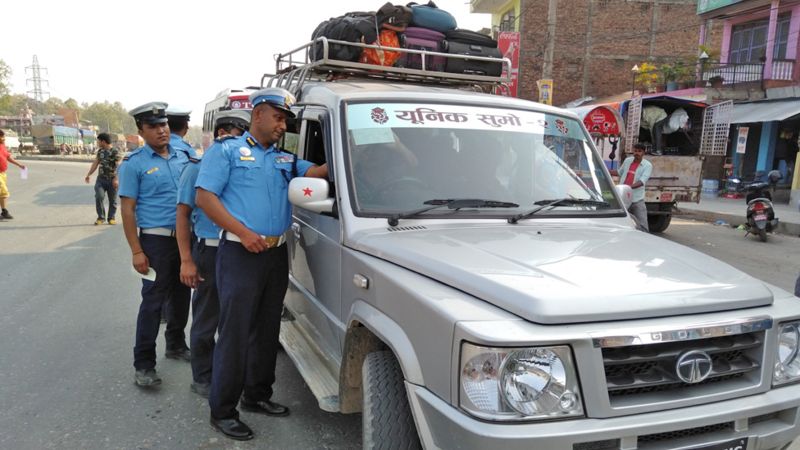 Police said that Mapase has been tightened at various check posts outside Kathmandu Valley. According to the Metropolitan Traffic Police Office, alcohol consumption is one of the major causes of road accidents during the festive season.

Aside from the ban imposed last year due to the epidemic, in previous years, according to the Traffic Police Department, about 90 percent of road accidents in the decade have been due to driver negligence. In such negligence of the driver, one should also drive under the influence of alcohol.

Traffic Police Spokesperson Sanjib Sharma said that the police has started preparations this year to control such accidents during the festival. He said, “We have carried out 21-hour checks at 132 places. Besides, we have tightened the checks at all the four checkpoints from Kathmandu, Pharping, Nagdhunga, Sanga and Tinpiple.”

According to the police, 250 to 300 people were found driving under the influence of alcohol daily. Especially in rural areas, there are reports of more road accidents during Dashaintihar.

This year too, since the day before the flowering, there have been reports of road accidents in the country, especially in the hilly areas, and many lives have been lost.

What do businessmen say?

According to the Federation of Nepalese Liquor Entrepreneurs, the sale of liquor is increasing more than other times as the decade approaches. Taranath Dhungana, central secretary-general of the federation, said that the liquors made in Nepal have been getting good market and consumption has also increased recently.

He said, “Alcohol sales on Dashaintihar are 4/5/6 times higher than those consumed at other times. In the last 4/5 years, the ratio of alcohol produced in Nepal to imported was 60/40. Percentage of foreign liquor is imported. ” The police have urged everyone not to drive under the influence of alcohol as the risk of accidents will be higher with the increase in consumption.

Similarly, in the case of public transport, the driver of the vehicle after consuming alcohol will be detained for seven days after the case is registered and if found guilty, he will be jailed for three months.