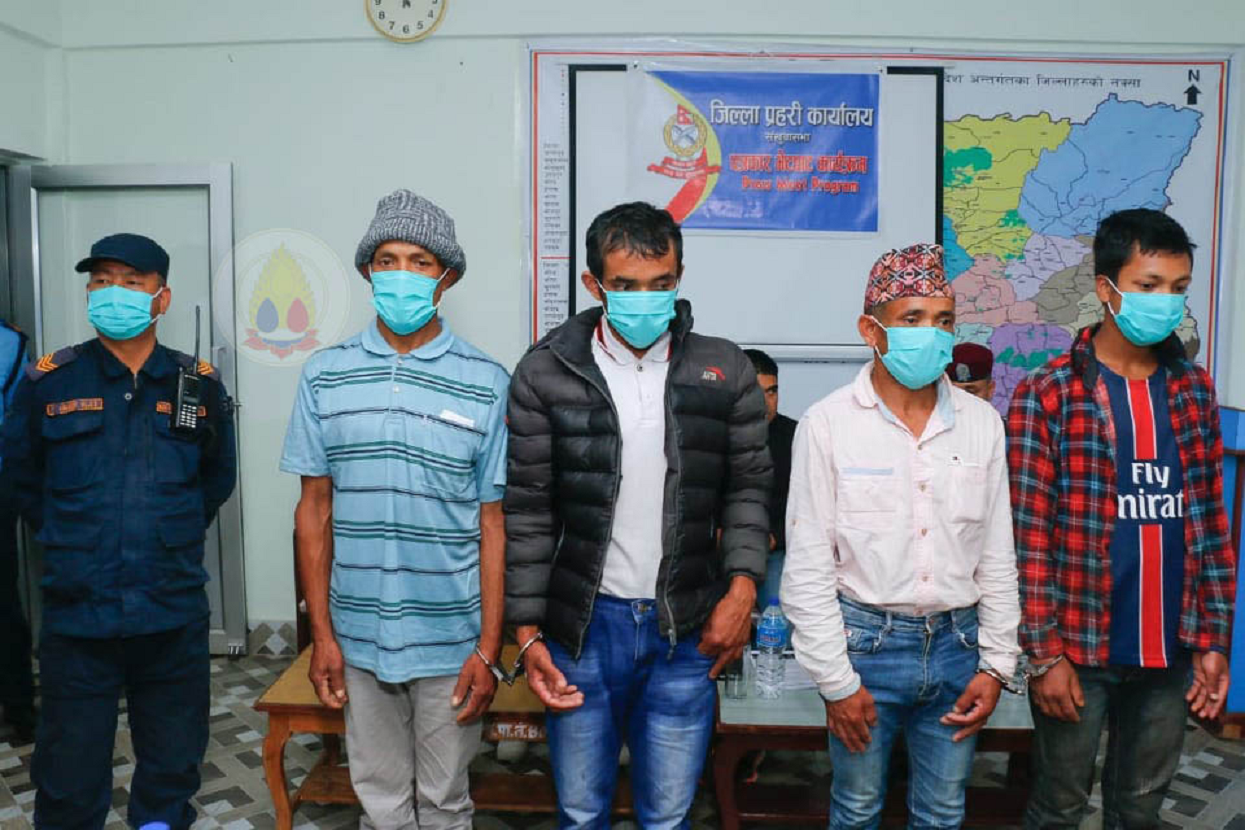 Police have arrested Lok Bahadur Karki on Sept. 17 on the charge of being involved in the incident.

Police claim that the incident was planned by a group of five people at Lok Bahadur Karki’s house. According to Police Inspector Subhash Adhikari of the District Police Office, Sankhuwasabha, five persons, including mastermind Karki, had planned the murder at 8 pm the night before the incident.

According to the plan, the deceased Tej Kumar Karki would come to Lok Bahadur’s house to call the farmer on the morning of the incident and kill Tej Kumar and Kamala Karki on the same occasion. Police said that they have planned to kill Tej Kumar and take away his belongings if they find out that others have killed him.

Here is the nature of the event:

The deceased Tej Kumar went to Lok Bahadur’s house at 5 am in the morning to confirm the farmers. Lok Bahadur woke up after shouting, ‘Lok Bahadur’s brother Naresh Karki and his father Rana Bahadur Karki are also at home,’ police said. On his way back from the house, Lok Bahadur gestured to his brother Naresh and grabbed Tej Kumar’s head near the tree at the back of the house. According to the District Police Office, Sankhuwasabha, Khadga Bahadur and Hasta Bahadur attacked Tej Kumar with a piece of wood and Hasta Bahadur stabbed him in the abdomen with a knife.

Police claimed that Lok Bahadur had attacked Kamala Karki after Tej Kumar’s wife and daughter-in-law came to the spot.

Police said that Ran Bahadur and Naresh had helped in transporting the body of Ranjana to the place where Kamala’s body was found. It is seen that Hasta Bahadur and Lok Bahadur killed minors Bipin and Goma by closing their mouths and beating them to death.

Hasta Bahadur grabbed 84-year-old Parbati Karki while she was undressing corn in the house and took her to the backyard. After being taken there, Lok Bahadur killed Parbati by hitting her on the head and neck.

It has been revealed from the police investigation that Khadga Bahadur and his son Hasta Bahadur returned home after killing them. On the way back, Ranjana’s mobile phone was taken away by Naresh and it was found that he switched it off and hid it in a cave under the house, police said.

During the investigation, the police found that Khadga Bahadur and his son Hasta Bahadur, who had left Lok Bahadur’s house, had returned to the same house. Lok Bahadur has been advised to take charge as he is also taking psychiatric drugs, police said in a statement.