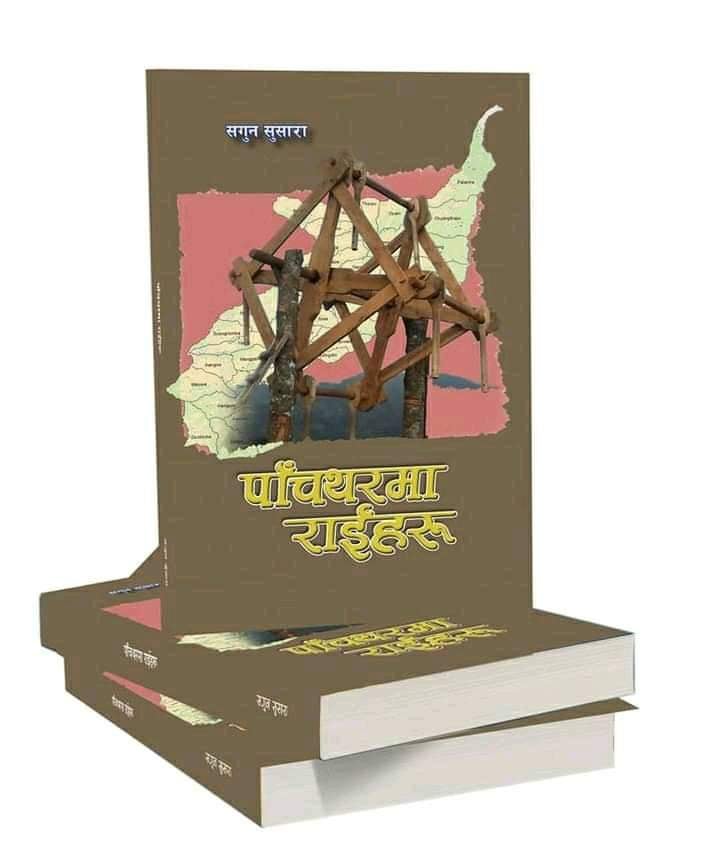 ITAHARI: AUGUST 8 – The history, culture and lifestyle of the ethnic Rai community of Panchthar have been documented in a research book. Titled ‘Panchtharka Raiharu’ (Rais of Panchthar), the newly published research book is authored by Sagun Susara, a literary figure and researcher.

Also a member of the Rai community, Sagun Susra said it was his dream to work on the book. ”People have a dream. So was mine to come up with this creation”, reacted Susara in his Facebook post on Friday with an announcement, ”My book is unveiled.”

Susara, who hails from the Sampang caste of the Rai community writes in Bantawa scriptures and has published two volumes- Ghazal anthology and anthology of criticism- in his mother tongue. This new book is in the Nepali language for which he said he has worked for 33 years.

”I have adopted interviews, questionnaires, field visit and many other ways to back up my references and narrations”, said Susara, ” This can be a good reference for all who want to know about the Rai people of Panchthar, where they make up around 13 per cent of the minority population.”

In the books of 19 chapters, he has also included details about noted individuals and their social, political, journalistic well as literary life, culture and traditions of the Rai community in Panchthar.

Susara also talks about the places named after Rai in Panchthar like Chimphula, Khalingkhop, Chamling Danda, among others.

Though Rai was afoot to publish this book with his own expenses, Milan Rai of Panchthar came to his support. The first edition printed comprises 1,000 books priced at Rs. 999.99 for an individual copy.