Why Judges break the nib of their pen after passing a death sentence? 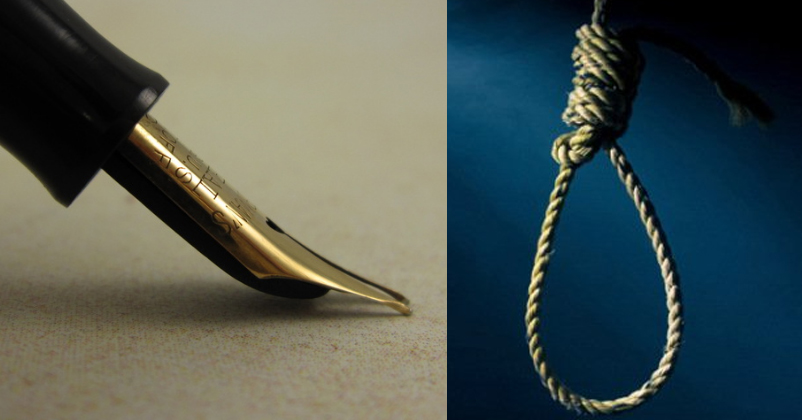 Kathmandu. It is customary for Indian judges to break the nib of a pen used after the death sentence has been pronounced. There are several reasons why a judge should do this.

Breaking the tip(nib) of the pen is a symbolic act of many things. After writing the final verdict like death from his own pen, the same pen should not be used to judge others.

Since the decision to end a person’s life is made by his pen, the nib is also broken to depict grief and sorrow for that work. The death penalty is the ultimate truth and cannot be changed again.

Some Indian media outlets have argued that judges have no right to review and overturn death sentences, and that the pen is being broken. Even though the death penalty is given by other countries of the world, the practice of breaking the nib of the pen after the verdict is only in India.